A boy called Google and a girl named Vista: Why parents name their kids after tech 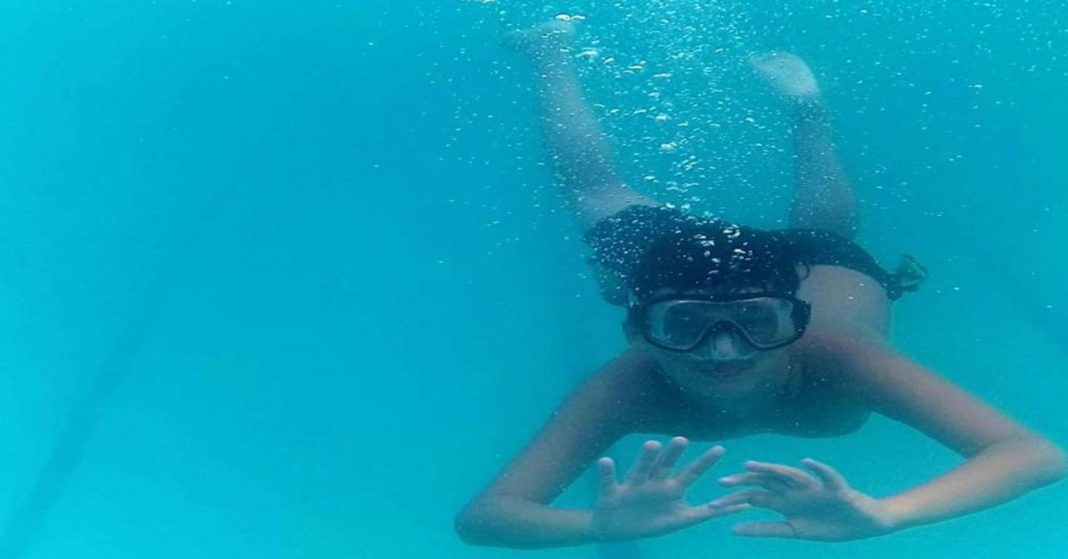 When a little baby boy came wailing into the world on Sept. 12, 2005, his birth made headlines far from his home in Sweden.

Oliver Christian Google Kai’s quirky techno name caught the attention of blogs across Europe and in the United States, and the search giant itself even published its own post, writing “we wish him long life and good health, and hope his schoolmates aren’t too hard on him.”

The boy’s father, Walid Elias Kai, worked in search engine marketing at the time and admired Google’s services as well as the hugeness of the number “googol” (a misspelling gave the search engine its name).

Young Google Kai isn’t the only child whose parents chose technology-inspired names for their progeny. Here’s his story and three others:

Oliver Kai, now 13 with floppy brown hair and braces, is sweet but totally uninterested in telling a journalist more than 7,000 miles away about what it’s like to be named after one of the most powerful of companies in the world.

“I am sometimes shy about it,” he said simply. “People ask me why my name is like this, and I tell them.”

Because it’s not his first name, it’s not something that his peers needle him over very often, and when it does come up, the remarks aren’t exactly scathing.

“He is a smart guy!” his dad exclaimed proudly. “He has a special character.”

Kai will occasionally tease his son — calling him Google, or Oliver Google — but overall he seems to be more bashful about the name than his son is.

“He knows that I use Google a lot in my work, and I still do — he goes from accepting it to not accepting it,” the father said. “I don’t want him to feel like it was something for a PR purpose. It really was something else.”

While the name was certainly inspired by the search engine, Kai and his wife had also read an old English children’s book about an imaginary creature called Google, and felt that naming their son after a big number — a googol — would represent how many friends he would make in his life.

“It was something special and unique,” he said. “It also made a buzz.”

For several years, he kept a blog about his son, which is still viewable via the Internet Archive.

Karen Wickre, the former Google employee who wrote the company’s blog post, still remembers the surprise and says she called up Kai before publishing.

“It felt like an indicator of how well known and familiar Google was getting at the time,” she said. “But I don’t think we viewed it as a point of pride as much as, ‘People are funny.'”

Kai says he still loves and trusts Google’s services, despite some of the company’s recent privacy failures.

“I applied for a lot of jobs at Google actually,” he said. “I was doing some organic search engine optimization, some growth hacking. … I don’t think I made it through their filtering system.”

In 2011, another Silicon Valley giant got a shout-out when an Israeli couple named their daughter Like.

Vardit Adler says the inspiration came from Facebook, but that she and her husband also loved the meaning of the word — “to give good feelings to others” — and thought that it sounded nice in both Hebrew and English.

“People at first are surprised but after knowing Like and our family, will accept the name,” said Adler, who works as an algorithm engineer.

Unlike the Kais, the Adlers never heard directly from Facebook, even after their story was written up by the likes of tech news sites Mashable and Gizmodo. Vardit Adler herself didn’t even have her own Facebook account until six months after her daughter’s birth but does still check it today. She enjoys the app but believes that company needs to be clearer with its privacy and data policies.

Her dad, a software developer named Bil Simser, wrote at the time that if he and his wife had had a boy, his first name would have been Dev, for developer, and his initials would have been DOS, the name of Microsoft’s former text-based operating system. Having a daughter would have been an upgrade, they joked, hence Vista.

“Vista (the operating system) hadn’t been released yet, but we looked at it on paper. Vista. I liked the sound of it. True, it was spawned from the name of Microsoft’s next operating system but it was also a word seeded in the Italian language (from visto) meaning a sight,” he wrote.

While the Simsers, Adlers and Kais bestowed their children with brand names for free, other enterprising parents cashed in on their choices.

At the start of the dot-com crash, an American couple reportedly received $5,000 for naming their son after the Internet Underground Music Archive, or Iuma for short.

“My wife liked the idea because the child’s grandma said this baby would bring prosperity, and this contest could be what she was talking about,” father Travis Thornhill told the BBC at the time. “Plus, the kid will have a cool story when he grows up.”

The start-up imploded not long afterward, though, and based on Facebook, it seems that Iuma Dylan-Lucas Thornhill just goes by Dylan now.

Laurel Sutton, co-founder of professional naming company Catchword, says that names given for publicity or prizes rarely stick. And without an official sponsorship, a brand might not want the attention of having a baby named after it.

“Unless the company is sponsoring it, they would likely feel a bit ambivalent about it,” said Sutton. “On the one hand, it gets them more publicity and you want brand evangelists. But on the other, what if that kid grows up to be a serial killer? Companies like when their brands are used in ways they can control.”

While the state of Sonora, Mexico did pass a law in 2014 explicitly banning parents from naming their child Facebook, there haven’t been any recent news stories about kids getting saddled with high-tech names. An opposite scenario has caused trouble instead: A mother recently went viral after she wrote to Amazon CEO Jeff Bezos about how her daughter, Alexa, has faced merciless teasing because of the company’s smart assistant.

“Kids are telling her, ‘Turn on my TV, tell me today’s weather,'” the mother told NBC New York. “They laugh at her and treat her like a servant, and this has been an ongoing issue, everywhere we go.”