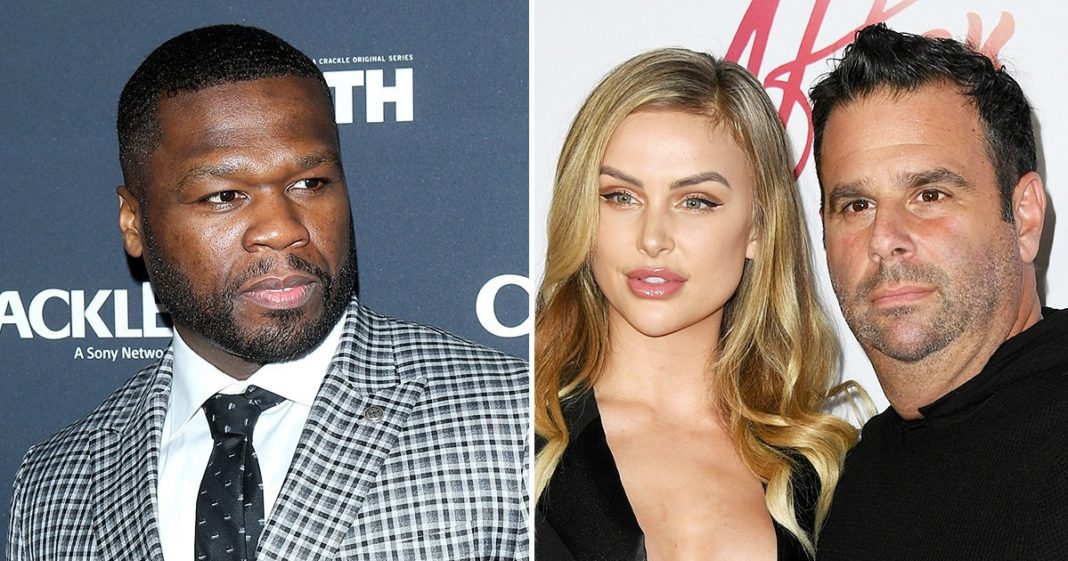 The drama between the 43-year-old rapper and the Bravo star, 29, started on Friday, April 26, when 50 Cent shared a clip of Kent discussing how Emmett, 48, bought her a Range Rover and “really expensive gifts” after they slept together for the first time.

After the Grammy winner called Kent a “hoe” for how her relationship with her now-fiancé began, the SUR hostess accused 50 Cent of trying to “diminish the validity of the #MeToo movement” via Instagram Live.

“We are not going to be silenced. I have your back,” Kent told her followers amid the drama. “We need to let these f–kers know that they are not safe because once they think they’ve silenced us, we are all f–ked.”

50, who retaliated by comparing Emmett to disgraced movie producer Harvey Weinstein, then shifted the conversation to the $1 million that the couple allegedly owe him. In a series of text messages between 50 Cent and Emmett, who previously produced the show Power together, the musician demanded his money by Monday, April 29. (Emmett made several typos in the text messages, including calling 50 Cent “Fofty,” which prompted multiple memes.)

While Emmett claimed to go to the hospital with chest pain amid the drama on Saturday, April 27, he has yet to comment on the money he allegedly owes 50 Cent. As a result, the “Candy Shop” wordsmith continued to post about the feud.

On Sunday, April 28, he poked fun at Kent by posting a second clip from Vanderpump Rules, in which she discussed her relationship with Emmett. (He has since deleted the post.)

“Obviously with my financial situation, I know I can afford my rent, which he was paying but I can afford it on my own,” Kent told costars Brittany Cartwright and Katie Maloney after a brief breakup from Emmett on the February 25 episode. ”The only thing that will be different is it’s not going to be like, ‘Oh, we’re gonna be traveling on a private jet to f–king Mykonos.’ Guess what, honey? There’s a lot of dick out there for me to suck to get on a PJ. I’m just letting you know. Like, no matter what, I can still live that life. You just need to have a mouth, baby. It doesn’t matter what you look like.”

50 Cent captioned the clip: “Life After Fofty Gets His Money … BJ’s For New PJ’s.” He also added clips of Emmett looking stressed to the tune of “Manic Monday” by The Bangles.

The next day, the rapper shared a pic of his head Photoshopped on everyone in Vanderpump Rules cast’s bodies. “Forty Cent Rules,” the since-deleted image read.

50 Cent is also selling T-shirts about the feud, which mock his text messages with Emmett.

Scroll through to see the best reactions to the drama: