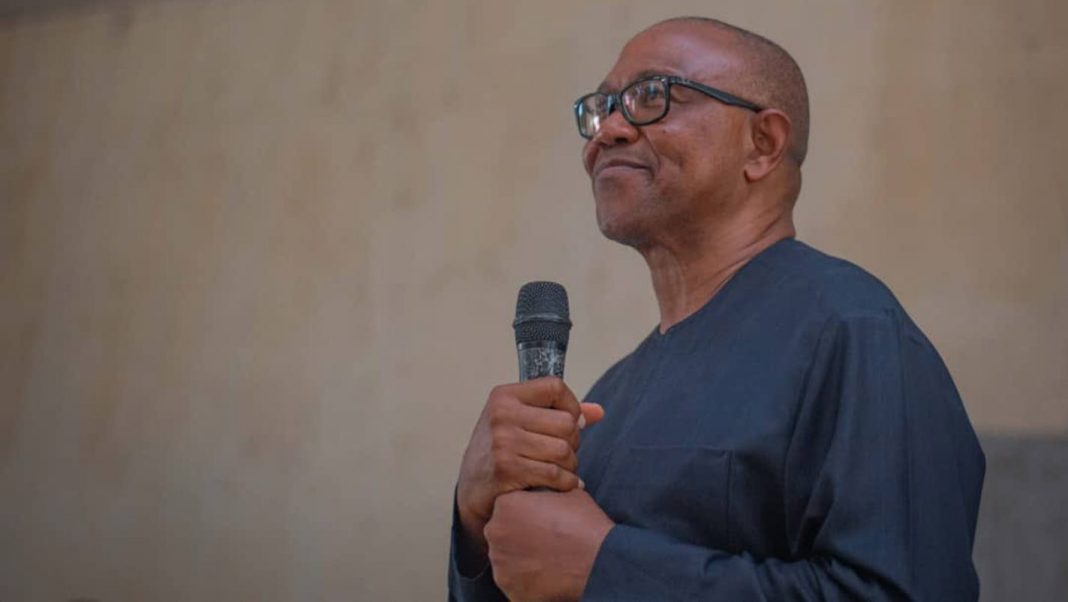 Senator Datti Baba-Ahmed was announced as the LP vice-presidential candidate in Abuja on Friday.

The 46-year-old is the founder of Baze University, Abuja and Baba-Ahmed University Kano State.

Speaking at the event, Obi said Baba-Ahmed was eminently qualified to bring his private sector and academic achievements to bear in the drive to rescue Nigeria from the primitive politics of ethnicity.

Recall that Doyin Okupe, Director General of Peter Obi Campaign Organisation, had submitted a letter to the Independent National Electoral Commission, INEC, withdrawing from the position.

The Labour Party had submitted the name of Doyin Okupe as their Vice-presidential candidate on a temporary basis (Place holder) to beat the electoral umpire’s deadline.