16 dead in US military plane crash in Mississippi 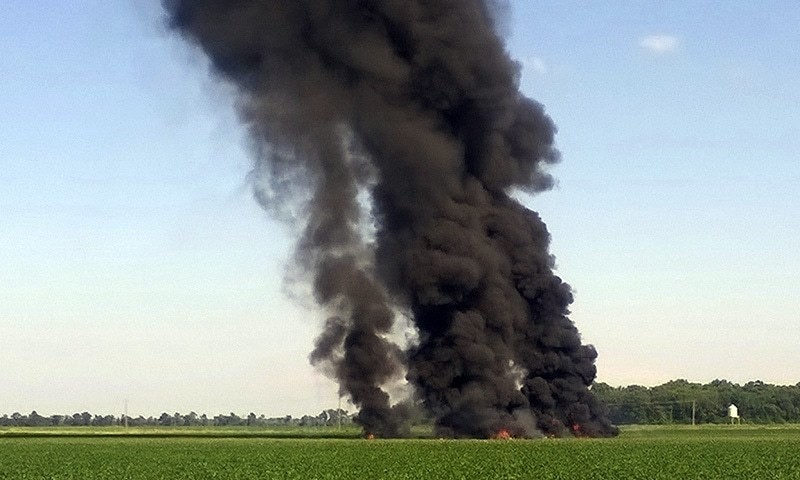 A US military aircraft crashed Monday in the southern state of Mississippi, killing 16 people, US media reported.

The US Marine Corps confirmed that a “mishap” involving a KC-130 occurred in the evening, without providing additional details.

All the victims were on the Marine Corps aircraft and there were no survivors, Randle told CNN.

KC-130s are tanker planes designed to provide aerial refueling. It was not immediately known where the aircraft had taken off from or where it was going.

The incident took place around 4 pm (2100 GMT), the Clarion-Ledger said. The plane crashed in a soybean field on the Sunflower-Leflore county line.

It cut a large gash into the green field when it crashed, according to helicopter footage captured by local news station Fox 40. Fires burned fiercely along the torn-up earth, sending off plumes of thick black smoke.

Firefighters sprayed the aircraft with huge layers of foam to quell the fire.

Randle told NBC News that the scene was unsafe due to the presence of fuel.

The FBI was on hand, along with local and state emergency responders and investigators, he said.

Mississippi Governor Phil Bryant called for prayers for “those hurting after this tragedy.”

“Our men and women in uniform risk themselves every day to secure our freedom,” he said in a brief statement on Facebook.