13 Things You’re Doing To Make Your Cat Hate You 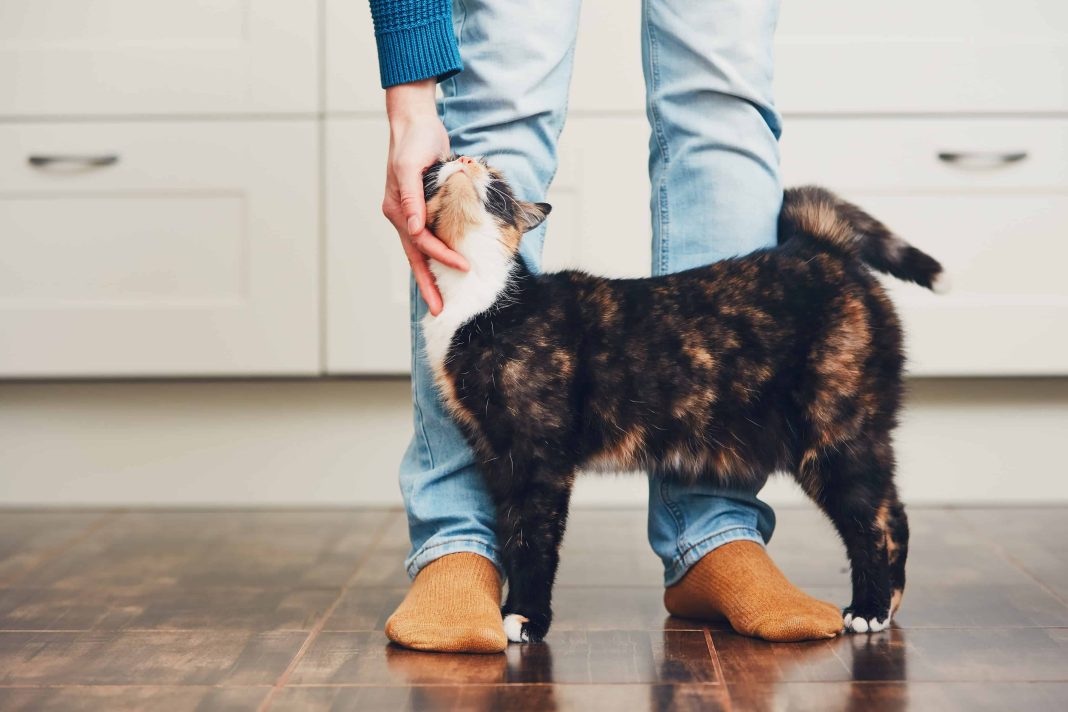 Sure, cats have always gotten a tougher rep than dogs – cats are snooty, unimpressed by humans, and would sooner scratch your eyes out than snuggle up on the sofa – but the popularity of cat memes have safely cemented their ascent into pop culture. Not to mention our hearts.

But, despite the fact that cats have been cohabiting with us for 9,000 years, man’s second best friend still remains a meowing mystery.

We really know nothing about our cats

For instance, you know how your cat rubs itself against your legs and it seems really cute? Like they really like you and want to show some affection?

It’s actually a sign of ownership, as all they’re doing is releasing pheromone secretions on your legs. Yup, we really know nothing. And…ew?

So, we took to animal behavior experts to find out how we can be the best cat owners out there by stopping any accidental annoying behavior. Sorry felines, we’re trying our best to be good owners.

Giving your cat a hug

According to animal behaviorist Janetta Smith, many cats just won’t tolerate being picked up and cuddled for any length of time. If they want to cozy up with us, it has to be on the cat’s terms.

“Of course, this depends upon how affectionate and socialized your cat is,” she says, “but if their ears are slightly back or fully back, then avoid too much handling as they are not content or happy with the situation.

“The same applies to their eyes being dilated and/or tip of the tail thrashing frantically.”

Yes, this is going to be a difficult feat because we accept your cat’s belly is really cute and fluffy and just asking for a good old-fashioned tickling. But trust us here, that’s one body part your cat really doesn’t want you messing with.

“In general, the cat’s tummy is off-limits,” reveals author and cat expert Pam Johnson-Bennett. “When cats roll over and expose their stomachs, it doesn’t mean they’re asking for a belly rub.

“Petting the belly on a cat will typically result in a defensive reaction so avoid getting scratched or bitten and stay away from that area.”

Not stimulating your cat enough

You might enjoy sitting around in front of the TV, stuffing your face with chips, and doing as little aspossible (and to be fair, that is a very enjoyable pastime) but cats need to be active.

If you’re going to own a cat, you need to take responsibility for keeping it stimulated.

“Cats are natural hunters,” Smith tells us. “Outdoor cats will catch mice and birds and bring them in on occasions. It’s unnatural to expect a cat not to do this – no matter how unpleasant it can be for the human.

“Often, indoor cats replicate this on toys/objects/furniture and sometimes on people which in some cases causes aggressive behavior so keep your cat mentally stimulated.”

Spraying your cat with water

You may think you’re the next cat whisperer but that water spray may not be the best idea in teaching your pet good behavior.

“Do not use this as a deterrent for behavioral issues,” says Smith. “It adds to the stress of the situation and can make it worse. In some cases, it can make the cat hand shy of the owner, breaking any bond that was there in the first place.”

Not giving your cat space

“Many people feel the need to rough play, over handle and are constantly in their personal space for attention,” reveals Smith. “Cats are not dogs, they’re more independent and need their space.

“Rough play can often cause the cat to get ‘spiteful’ around humans and other pets.”

Not realizing your mood affects them

Research has shown that cats are in fact very sensitive to human moods. This means they’re less likely to approach you if you’re feeling sad so don’t rush to them for sympathy.

Try to shake off your mood for your cat, or they could start feeling the same way

“Many cats are sensitive – especially breeds like Ragdolls, Siamese, Bengal & Maine Coons – and are able to pick up on human body language and can replicate humans behavior like depression, loss of appetite, bereavement and becoming more reactive to situations or skittish,” reveals Smith.

So, if you can’t perk up for yourself, try to shake off your mood for your cat, otherwise they can experience stress, aggression, destructiveness, over vocalization, or they’ll eventually leave home.

Thinking your cat is super loyal

Cats are only loyal to a point – and that point is self-preservation. Yes, they’re asking themselves, “What’s in it for me?”.

Cats will exhibit attention seeking behaviors to get what they want

“Cats will only do something if they get something out it,” says Smith. “Often cats will exhibit attention seeking behaviors towards humans – such as becoming more vocal, affectionate, house soiling, aggressive and/or destructive, or a combination – to get what they want

“If it works, it can lead into habit forming type behaviors and longer-term problems.”

Not being patient enough

“Always be patient with a cat,” advises Smith. “Sit with them quietly without invading their space. They need to accept you first and want to interact. Try ‘nice treats’, gentle play and massage until they engage with you.”

Our number one learning? Cats are complex creatures and cannot be rushed.

Blaming your cat for not being toilet-trained

Has your cat littered in random places? Or on your favorite carpet? Well, before you blame them, ask yourself whether their litter box is right for them. Is it the right size? Is it clean?

Punishing the cat for the behavior will only increase stress

“If cats are not presented with a clean litter box, the cat’s protest may be to litter in random places,” says Cat therapist Carole Wilbourn. “A cat’s attraction to the litter box is instinctive. If it avoids the box, there are reasons and answers.”

And, Johnson-Bennett agrees. “A cat will only do this if there is a cause, such as the litter box setup is not correct or there’s something happening in the environment. Punishing the cat for the behavior will only increase stress so instead, find the underlying cause and then you can figure out the solution.”

Not giving your cat independence

Want to befriend your cat? You need to go at their pace.

“One of the easiest ways to get a cat to warm up to you is through playtime with an interactive toy as this way, the cat can go after the toy at the end of the string and still remain in his comfort zone.”

Not reading your cat’s body language

“Your cat will generally let you know where he/she doesn’t want to be touched,” says Wilbourn. “Reactions like flip of a tail, ripple of the back, flattened ears and/or a hiss or meow can mean they’re not happy.

“Instead, look out for when they are in sync with your touch as they will purr, relax their body or bump or nuzzle your hand as a sign of their happy pheromones.”

Leaving your cat alone for too long

We all know that cats are way more independent than dogs. You wouldn’t find a cat pining at the door for you to come home, then going crazy the second you return.

But don’t confuse a cat’s aloofness with a lack of affection for its human counterpart.

“People often assume a cat can be left alone for a day or so as long as there’s enough food and water, but this is a myth,” says Wilbourn. “Your cat needs some human contact, even if people-shy.”

Basically, your cat may act untouchable, but they aren’t – they get lonely too!

Not meeting your cat’s biological needs

A cat needs more than just a tidy litter box. According to Wilbourn, your cat needs a sunny area, cat grass, paper bags, tissue paper and boxes to play and romp in.

“Relax with your cat and nurture them so they can get a contact high, and you will get unconditional love from your cat.”

But it’s not all on you, researchers from Oregon State University concluded that cats actually prefer the company of humans to food, catnip, and the smell of fellow cats – so maybe they really do love you, after all.

7 foods that make the penis bigger and thicker naturally

17 Stylish Magazines That Should Be Weighing Down Your Coffee Table

17 Of The Best Hoop Earrings For Men: From Basic to Extravagant (2022 Edition)