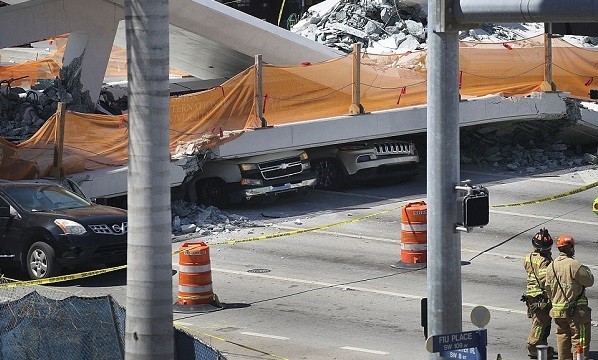 Ten people have been killed after a newly installed pedestrian bridge collapsed at Florida International University in Tamiami Trail, Maimi on Thursday.

Mail Online reports that the 174-foot ‘instant bridge’ which was built to provide pedestrian access from FIU’s main campus to an area that houses a number of student residences, was installed Saturday morning but was not due to open to the public until 2019. 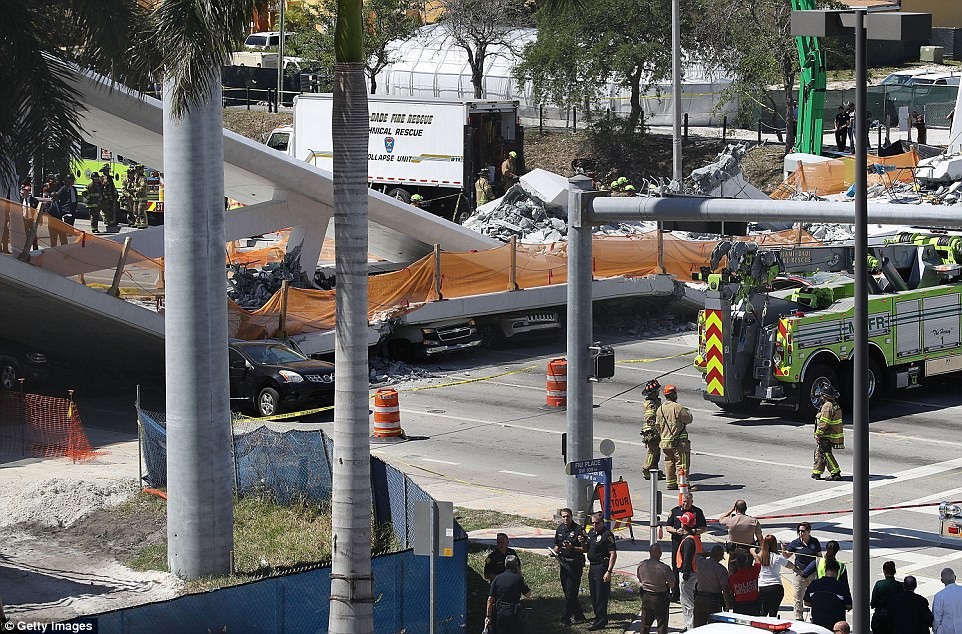 Two workers were replacing something on the side of the $14million bridge when it collapsed, according to CBS Miami.

Senator Bill Nelson of Florida, confirmed the incident, saying that between six to 10 people died.

Miami-Dade County Mayor Carlos Gimenez also told local TV station CBS Miami that least six other injured people were taken away from the scene and eight vehicles were trapped in the bridge wreckage. 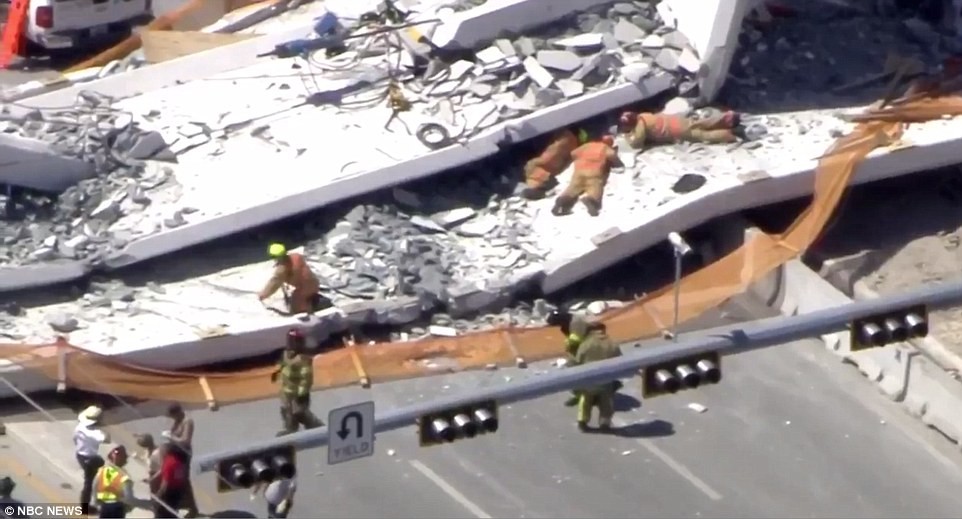 He added that one person was suffering from cardiac arrest.

FIU released a statement on Thursday, saying: ‘We are shocked and saddened about the tragic events unfolding at the FIU-Sweetwater pedestrian bridge’

See more photos and watch video from the scene. 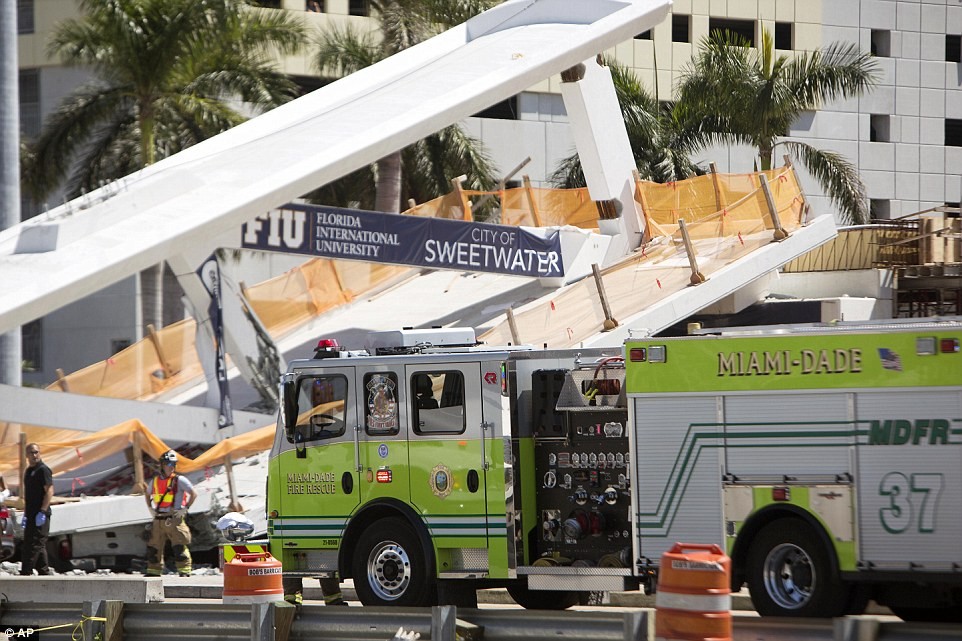 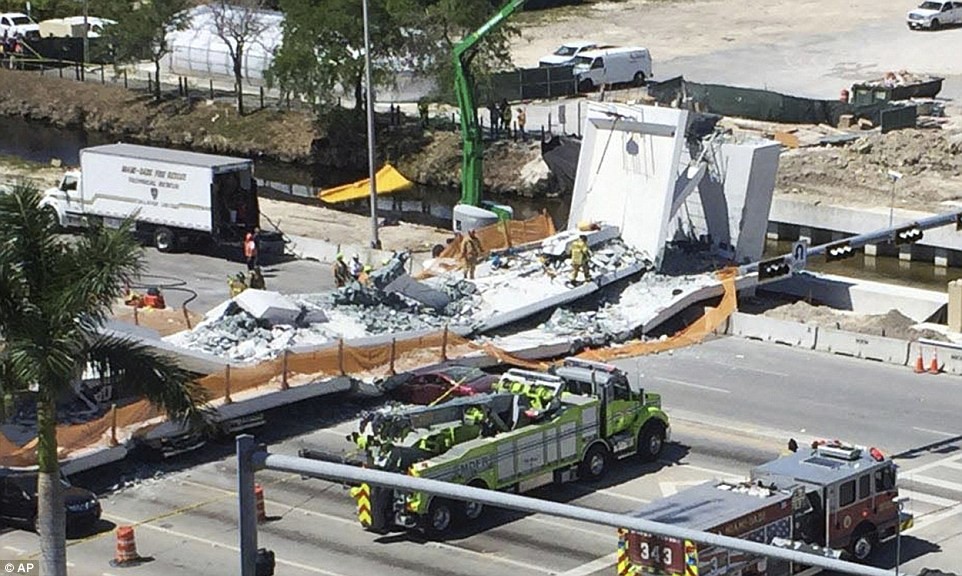 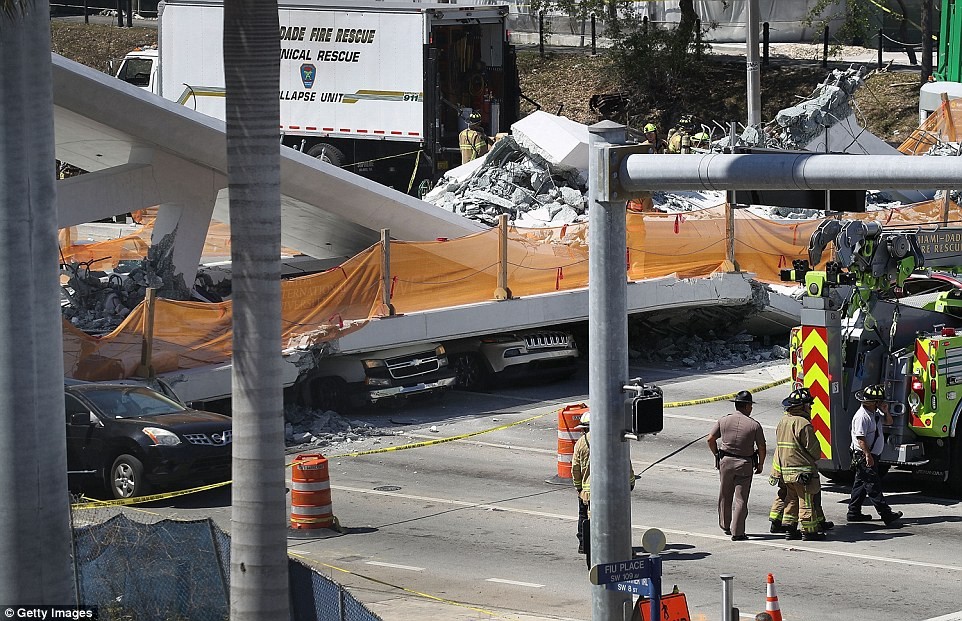 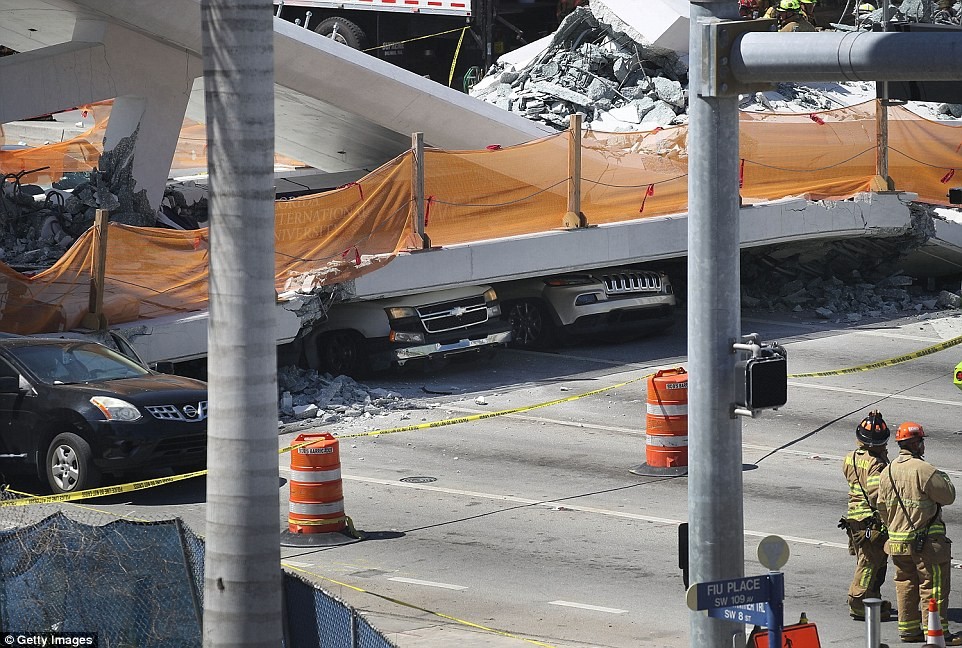 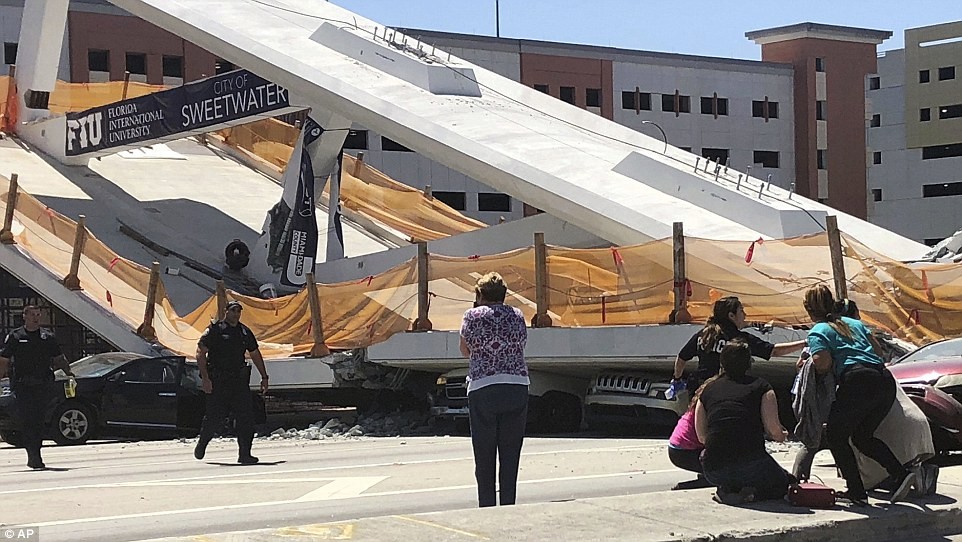 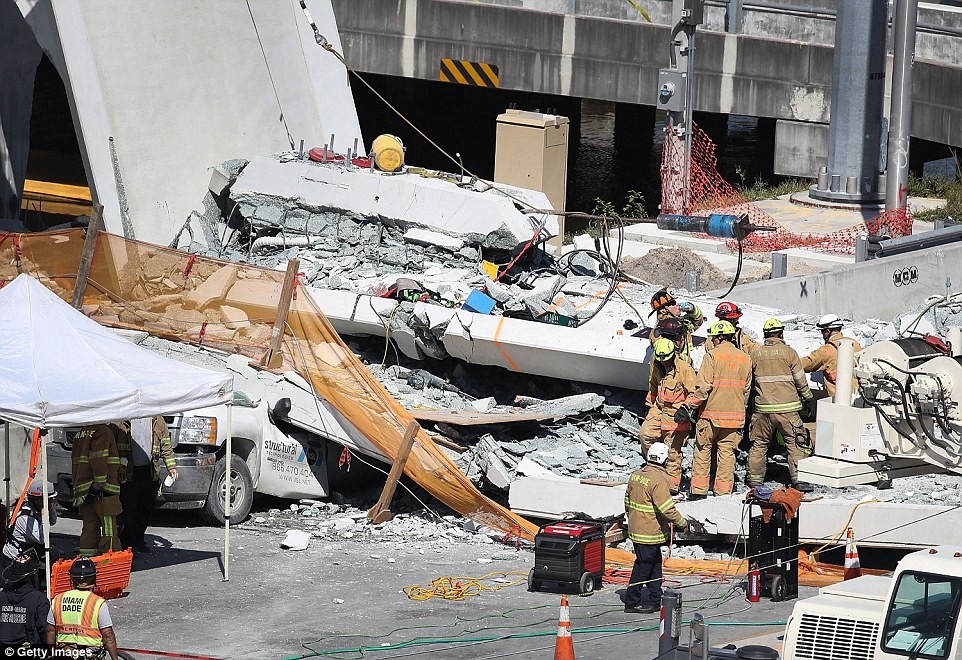 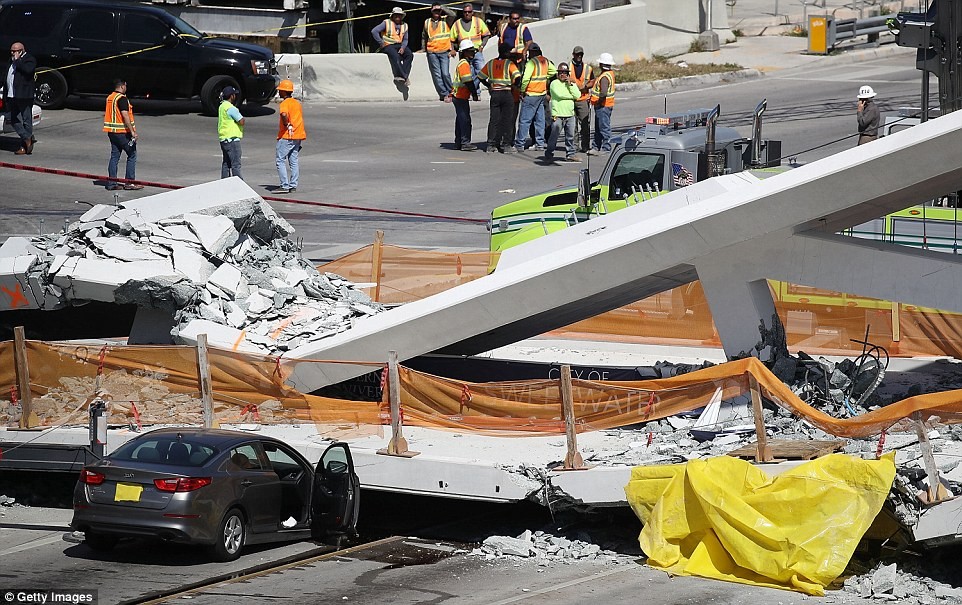 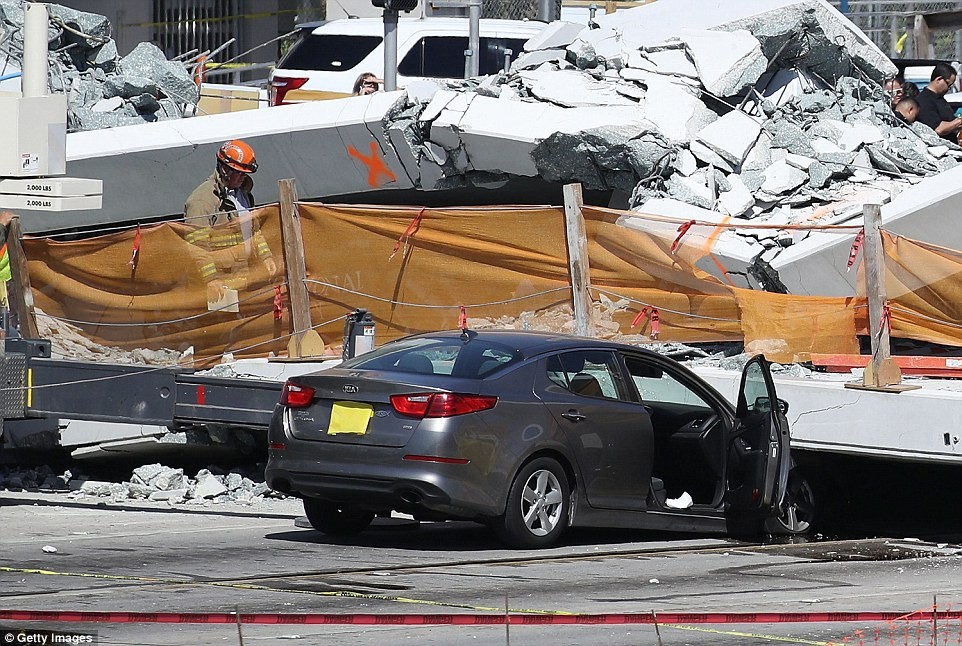