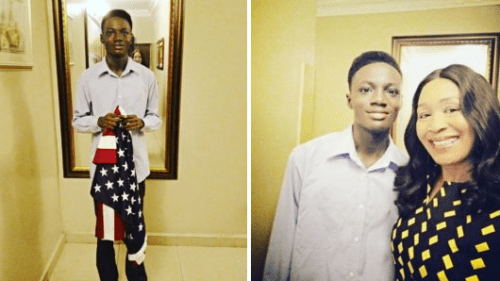 BBNaija, Tacha fans are currently dragging the son of a popular journalist, Kemi Olunloyo describing him as a hungry fellow.

The trouble started when Tacha’s fan posted that it is unimaginable that Kemi Olunloyo has children that she is raising. She further described the controversial journalist as a mad woman.

Reacting to this, her son came out to identify with her, citing that she is not raising them because they are already adults.

See their reaction below; 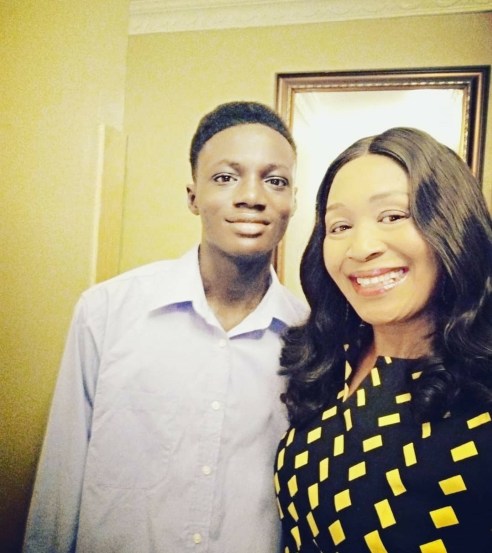 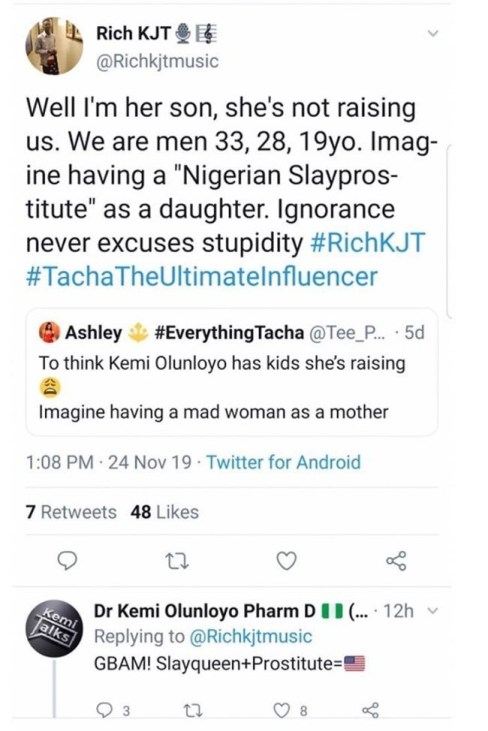 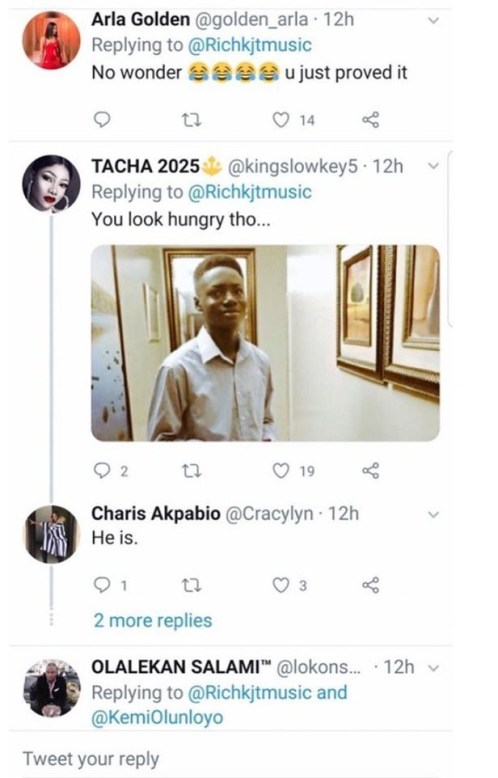 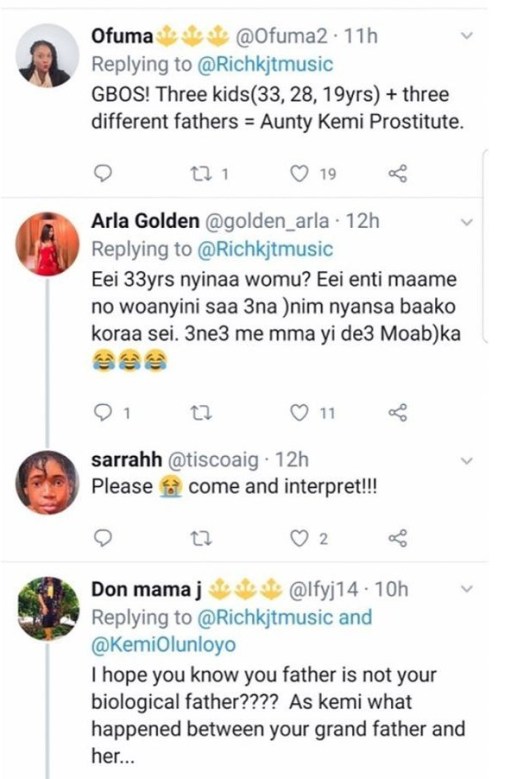