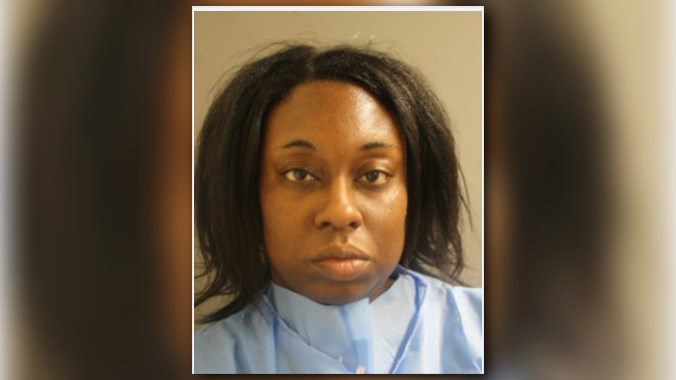 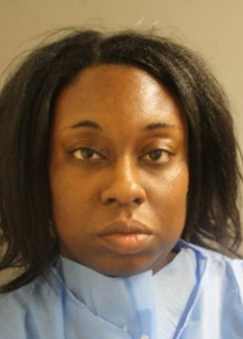 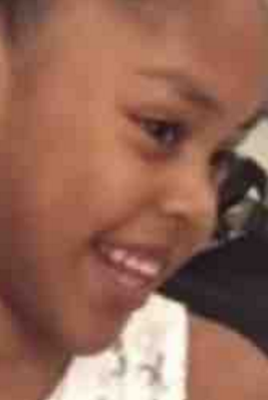 A mother has been charged to court for stabbing her 4-year-old daughter to death in west Harris County, Houston, Texas.

Laquita Lewis, 34, reportedly stabbed little Fredricka Allen several times in the chest and left her in the bedroom to die.

Laquita was charged with capital murder after the girl was found fatally stabbed late Sunday at Lewis’ apartment complex in Houston. It is not clear why she killed her daughter but there are reports that she had argued with Fredricka’s father, Fredrick Allen, before allegedly stabbing their daughter, a relative said. After stabbing her child, Lewis left the apartment and was involved in a car accident. She was at a hospital when she texted her family to apologize for what had happened.

“She texted that the baby had gone to heaven, that she had killed the baby,” Randy Sample, a relative of the deceased said. “It’s insane, to take a 4-year-old’s life like that.”

“It’s the worst news you’d want to hear about a family member — especially someone of that age. It’s devastating,” Sample added.

Neighbors were having a tough time dealing with the news and said it was really heartbreaking and not something you’ll expect from a mother. The deceased was described by neighbours who knew her as a happy child.

“Yeah, she was always happy. She would always tell me that my dog was cute and everything,” said Melody Medina.

According to the Harris County DA’s office, Lewis was charged in November for making a terroristic threat during a Thanksgiving incident in which she threatened her 16-year-old son, Lewis, with a knife. She was sentenced in February to 15 months of deferred adjudication in that case. She was still serving her past sentence when she killed her daughter.

The DA’s office says that as part of her probation requirements, she was required to take a Texas Risk Assessment System evaluation, which ranked her with a score of zero (the lowest score) for her risk for recidivism.

CPS in Houston said they were also familiar with the family and issued the following statement:

“Child Protective Services is investigating this terrible tragedy and we grieve with their family for their loss. We are working with law enforcement to figure out what happened. CPS had previous involvement with this family, but we cannot discuss details because of confidentiality. It is important to learn everything we can about this tragedy and what may have led to it, so our Office of Child Safety will conduct an independent and comprehensive review of how CPS handled any prior allegations involving the Lewis family. Those reports take time, but it will be made available to the public.”