When ‘loyalty or death’ crumbles: Leaving gangs after 15 years in the life 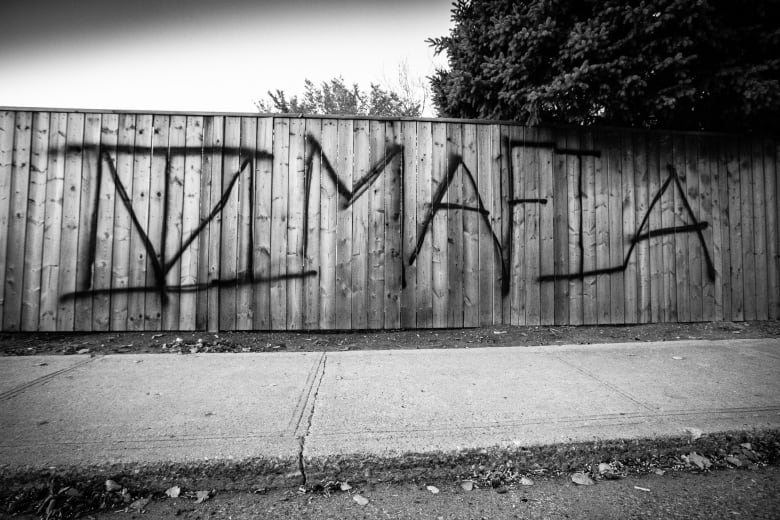 CBC cannot identify the woman interviewed in this story due to a publication ban. “Beth” is an alias.

Beth had been in the cells in the basement of the Regina Police Service headquarters before.

This time it was a Tuesday morning in early May 2015. She was expecting to make her first appearance in provincial court on a charge of accessory after the fact to murder.

She had witnessed the death and subsequent dismembering of her friend Reno Lee a few days prior. She was also pregnant.

Instead of going to the courtroom, she was led by members of the local Street Gang Unit to an interview room.

This was like my one last chance to do the right thing.– Beth

Sitting there, her first thought was about how this charge would give her more street cred. Then her thoughts went to how the police knew she was involved.

Beth had spent 15 years in and around street gangs. In that life, loyalty stood above all else. Then an officer told her a witness to the killing had given the cops Beth’s name. That’s when everything started to crumble.

“I was defeated,” she said.

“The lifestyle that I lived, that I breathed for was a complete lie. There was no truth to it. I saw those people for exactly what they f—in’ were, and that’s when my heart broke.”

The officers of Regina’s Street Gang Unit — familiar faces to Beth —gave her a choice: face the charges or testify against the gang members and enter witness protection. She decided to testify. She said it was for her dead friend.

“I felt like this was like my one last chance to do the right thing. And if by doing the right thing gave me the opportunity to change my life,” she said.

“That’s what was going through my head, like, this is my one last chance to have a life.”

‘So careless with life’

The murder and dismemberment of her friend Lee was worse than anything she had witnessed in her decade and a half in the life. She had seen a lot, but it had never been so calculated.

“A lot of the violence that I had been involved in was like super high-emotion heat of the moment. A lot of anger, drug fuelled, just complete chaos,” she said. “This was different. It was calm. It was very meticulous.”

Beth had seen her fair share of violence and brutality. Members of her crew in Regina would fire guns at random while driving through the city. Fights were commonplace. Tattoos and fingers were sometimes removed with knives.

To her, the actions of Bronson Gordon, Andrew Bellegarde and Daniel Theodore was different.

“I’ve never actually been around people that were so careless with life.”

Lee was bound, confined and fatally shot at a Regina home in April 2015. His body parts were found buried in bags on the Star Blanket First Nation.

Beth was in the home where Lee was killed. During her testimony she recalled being jarred awake by a gunshot and hearing the sounds of a handheld saw. She said she feared for her life and tried to barter with the men who had killed her friend.

“If you’re going to kill me just let me do a hot shot, like, don’t f—–g shoot me. Just, just let me overdose myself. I’m a junkie. I’ve been a junkie for years. Nobody would know the difference.” she said.

They assured her that she would be fine.

Looking for a family

Beth had been affiliated with gangs for 15 years, working as a pimp and a dealer to pay for her addiction. At 13-years-old she ran away from her family, fleeing a “very toxic, very abusive” home life and soon after found loyalty and community in gangs.

“I was good at selling drugs I was great at hurting people and I excelled at crime,” said Beth.  “It was a thrill. You know, it was like how you hear, it was a sense of family but better.”

Running girls also came naturally. Women like Beth, who was in life and fostering addiction, had two options to make money: sell drugs or sell themselves.

“They either were pimped out by abusive men or they tried to do it on their own.”

Most couldn’t do it on their own, on account of their own addictions or for fear of their safety.

Beth had a mothering personality. Sex workers gravitated toward her, in part because she was a woman.

“I kind of used that to my advantage to take advantage of women,” she said.

The credo of “loyalty or death” was attractive. For a while, it rang true.

They all have loyalty tattooed somewhere and I mean, not to demean anyone, but we’re just not seeing it.– Sgt. Brent Shannon, RPS Gang Unit

Running girls and selling drugs made a lot of money, which in turn made Beth valuable to the gang. She didn’t have to pay for the drugs she was using, but the bulk of the money she made would go to the gang.

Beth said she would hand over “a couple of thousand bucks every few days” when times were good.  That money would mostly go to higher-ups in the crew, but also to helping out lower-ranking members and their families.

“I remember we had to, like, hustle for a couple of days because [a gang member’s girlfriend] had no food in the house and she didn’t pay her rent,” she said. “So in a sense, you take care of your own.”

Even when things were good, and the gang felt like family, she still heard criticism of the life.

“There’s no loyalty, everyone’s out for themselves, when push comes to shove they’ll f—–g dime you in,” she said. “I would have fought you, any time before that situation, if you had said that to me.”

Sgt. Brent Shannon remembers when he first saw the mostly-Indigenous gangs popping up throughout the city.  A 25-year RPS veteran, Shannon heads the Street Gang Unit.

Things have changed over the years. For one, there are more gangs.

Native Syndicate first came to the attention of the RPS in 1994. Shannon said NS was “the only game in town” for about 10 years. Then came their rivals, Native Syndicate Killers.

Shannon said loyalty has never been an ironclad modus operandi amongst gang members, despite all the talk about it.

“They all have loyalty tattooed somewhere and I mean, not to demean anyone, but we’re just not seeing it at all. There is very little loyalty at all,” he said.

Meth and money are two big factors. More people are using meth in the city. According to the RPS, methamphetamine seizures have increased by 2,100 per cent in the last four years.

Shannon said that most gang members in the city are active drug users who rely on selling drugs to make money. The issue comes when one is using more than they’re selling. If things go bad with their gang, they switch sides for protection.

“I think it really does go back to that basic daily survival,” Shannon said.

‘Do the next right thing’

Beth is still in witness protection. She said that when the option was first offered she imagined a new life, country and identity, like in the movies. In reality it was more like glorified parole.

Witness protection comes with strict terms. Beth said she has prison hanging over her head if she doesn’t follow the terms of the agreement. That means she has to stay sober and out of legal trouble.

Part of what sold her on witness protection was that she’d have access to addictions treatment. She’d be able to be with her kids and would have the chance to start fresh somewhere else.

“Do the next right thing,” one officer told her.

Beth is coming up on five years of sobriety. She works as a mentor at a family resource centre.

Her past experience as a pimp prepared her for the role. She now does outreach work with women doing survival sex work. She said it’s all part of trying to make good and give back to society.

“I need to do whatever I can in my power, that when I lay my head down at night I know that I did the right thing for myself for my children and for the people around me,” she said.

“I just don’t ever want to go back to that person that I was.”