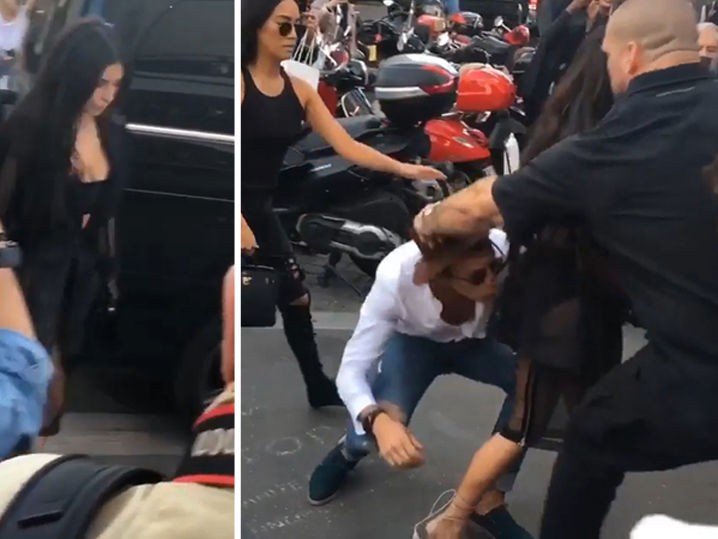 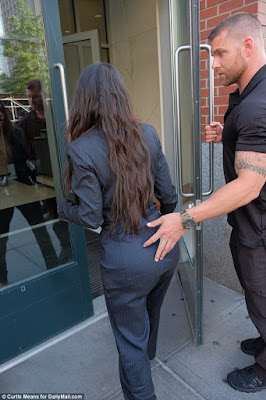 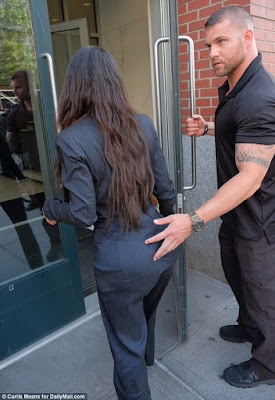 Kim Kardashian who is the 47th world’s highest-paid celebrity of 2017 according to Forbes,

was one of the many influential women who spoke at the fifth annual Forbes event. The mother of 2 and Kanye’s wife attended the event with her bodyguard, who touched her bum several times as he opened doors for her. If this bodyguard wants to keep his job, he better behaves, before Kanye West will deal with him, lol.
Kim’s speech at the event was billed as ‘Evolving the Empire: Kim Kardashian West on Reigning Supreme.’
She revealed that she is currently focused on four things: her Kimojis, children’s clothing range, her newly announced makeup line and fragrance. 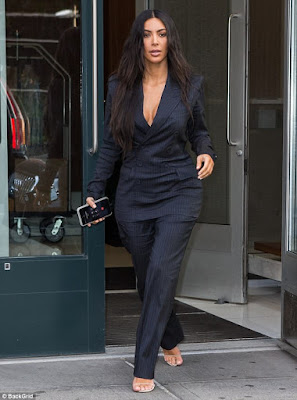 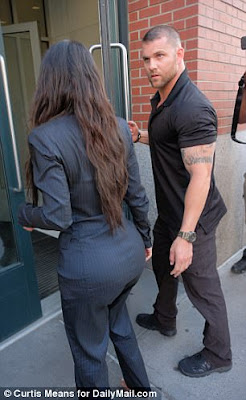 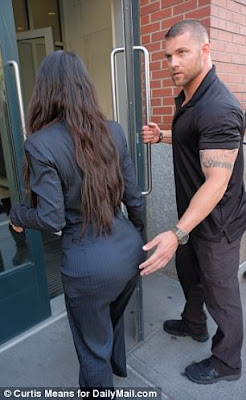 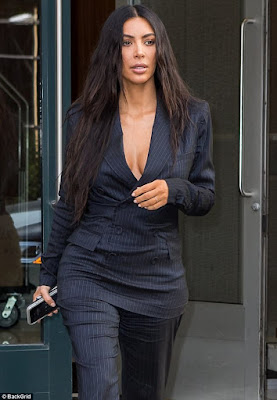 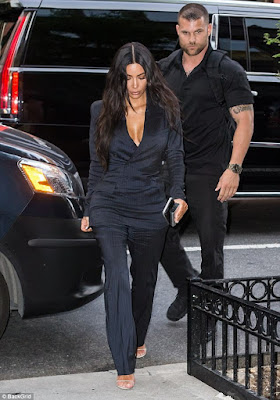 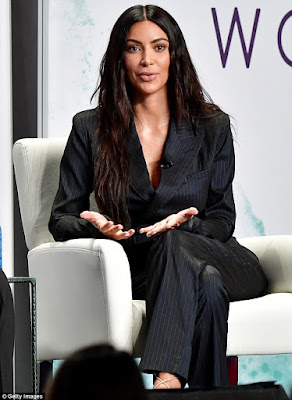 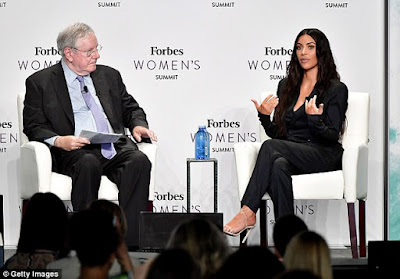