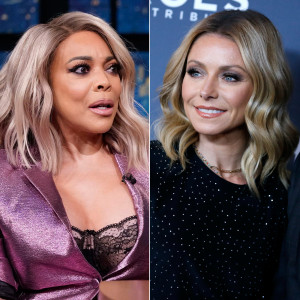 Getting involved. Wendy Williams defended her fellow talk show host Kelly Ripa after the Live With Kelly and Ryan cohost said The Bachelorette “disgusts” her, sparking backlash from Bachelor Nation.

Williams, 54, spoke about the drama during the “Hot Topics” segment of The Wendy Williams Show on Friday, May 17. “I’m not a fan of The Bachelor or The Bachelorette either,” the series’ host said. “It’s so stupid, women parading themselves around. It depends on who you are, what you want to do with your life. For me, it’s degrading.”

However, the Ask Wendy author noted that the reality dating series is “just entertainment” and is “not that serious.” 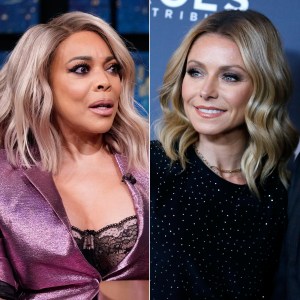 The former radio DJ then addressed Bachelor host Chris Harrison’s commentary on Ripa’s words. “Look out #BachelorNation ⁦@KellyRipa⁩ is coming after you and your ‘disgusting’ Monday night habit,” Harrison, 47, tweeted on Tuesday, May 14. Williams fired back, “Chris should just stay out of it and be happy he’s hosting a hit show.

Williams also slammed Bachelor franchise creator Mike Fleiss’ suggestion that the reality show pays the 48-year-old All My Children alum’s salary. “As memory serves me, Kelly Ripa has been at ABC … longer than The Bachelor has been on,” the Think Like a Man actress asserted. “She jumped into an already successful show, she continued to keep it an already successful show. If anybody is paying anybody’s salary… I’m just saying.”

Ripa took over Kathie Lee Gifford’s role as Regis Philbin’s Live! cohost in 2001. She has been a staple on the ABC morning talk series ever since.

Williams’ defense of Ripa came one day after Grey’s Anatomy actress Ellen Pompeo publicly stood up for the former Hope & Faith actress. “Okay @fleissmeister… that’s some handle bro! Your show does NOT pay @KellyRipa salary,” Pompeo, 49, tweeted on Thursday, May 16. “Also we don’t attack successful women on our network and men certainly cannot take credit for their success. Don’t get me started on your show cuz I’m a savage…. #bachelorsoooowhite.”