Wowplus
Home World News ‘We will arrest the vicious cycle of violence in Nigeria – President... 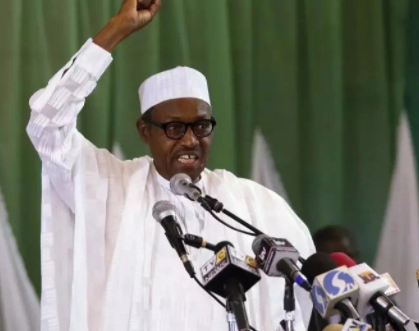 President Muhammadu Buhari has restated his commitment to arrest the cycle of violence that has engulfed some parts of the country. Speaking Thursday in Jos, Plateau State at a Town Hall meeting in the course of his two-day official visit to the state, President Buhari who also launched the Plateau State Roadmap to Peace, congratulated the Governor for uniting the people of the state.

“I wish to encourage your Excellency to continue with the good work you are doing, and I wholeheartedly congratulate you for uniting the people of Plateau State. I am indeed quite impressed with gains and successes recorded in the area of conflict management and peace-building, which has returned this state to the path of relative peace. Let me express the Federal Government’s commitment to support and assist the Peace Building Agency in its effort to arrest the vicious cycle of violence and lay the foundation for sustainable peace in our country” he said.

President Buhari also commended Governor Simon Lalong for his achievements in the development of the state, ensuring regular payment of salaries and pensions, strides in the Agricultural sector and assured that the Federal Government will continue to work with Plateau State government.

“I am glad that the state government has fully keyed into the All Green Initiative and the Anchor Borrowers’ Scheme of the Federal Government considering the strategic importance of agriculture to our national development. Equally commendable is Plateau State’s commitment to the African Development Bank-funded Potato Value Chain Support Project, which is targeted at wealth creation, employment generation and food security.”

The President lauded Governor Lalong for continuing with the projects abandoned by previous administrations, noting that this has saved the state from white elephant projects and assured that the federal Government will speed up refunds on Federal works executed by the state.

“I have noted the request for refund of funds expended on the rehabilitation of the Jos-Bukuru-Mararaba Jema’a Road which is a Federal road project and other interventions. Federal Government will expedite action towards the refund of verified claims by the Plateau State Government,” he said.

President Buhari also listed some of Federal Government intervention activities such as the construction of the Pankshin-Tapshin-Gambrar-Sara-Kai-Gindiri Road to Metropolitan Construction Company Ltd; Execution of TETFUND Projects; Bail-Out Funds; Paris Club Refunds and N-Power Scheme and assured that the request for dualization and construction of the road from Abuja to Jos will be put into consideration given its economic viability and status as gateway extending to the North East.

Responding to a request by the Governor for the inclusion of more Plateau State indigenes in Federal appointments, President Buhari assured that, “the request will be looked into so as to reflect federal character in line with the Federal Government’s determination to address issues of marginalization in the spread of appointments and other privileges.” President Buhari also reminisced on his time as General Officer Commanding (GOC) of the 3 Armoured Division Jos, recalling that it was from this position that he was summoned to become Head of State in January 1984.

The President had earlier commissioned some road projects executed by the State Government and paid a courtesy call on the Gbong Gwom Jos, Dr Jacob Gyang Buba.