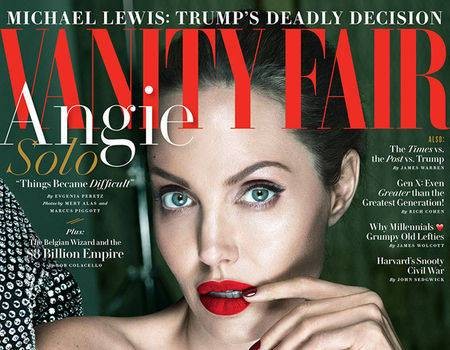 Was Angelina Jolie caught in a lie?

In a recent cover story with Vanity Fair, the actress got candid about her children, divorce from Brad Pitt and her Bell’s Palsy diagnosis. However, it’s her statements regarding the casting of child actors for her new Netflix film First They Killed My Father that has the actress under fire.

For the audition, the children were placed in front of a table with money on it, then asked to think of something they needed the money for, and then to snatch it away. After which, the director would pretend to catch the child and the kid had to come up with a lie of why they did it.

The actress claims that in the article, “the audition scene had been taken out of context.” So what is Vanity Fair saying about the story now?

Watch the E! News clip for the latest scoop on Angie’s VF controversy.