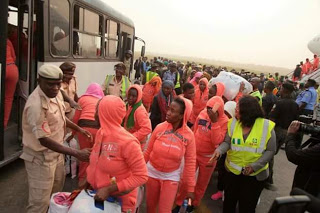 Officials of the Federal and Rivers State Governments on Sunday received the 491 Libyan returnees at the Port Harcourt International Airport, Omagwa.

While the Federal Government delegation was led by the Minister of Foreign Affairs, Mr Geoffrey Onyeama, the Secretary of the Rivers State Government, Sir Kenneth Kobani led the delegation of the state government. 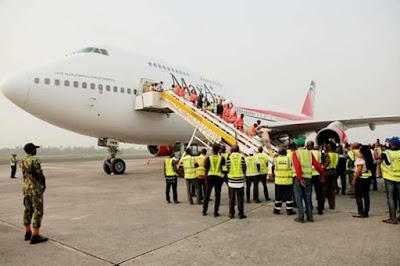 The team that received the 491 returnees included Immigration officials, NEMA staff, NAPTIP,  military personnel and officials of the Ministry of Foreign Affairs.

Speaking at the reception for the returnees, the Secretary to the Rivers State Government, Sir Kenneth Kobani stated that the programme  was strictly a programme  of the Federal Government.

He thanked the President for the effort  in bringing back stranded Nigerians  who have suffered indignity in Libya.

“Because above everything else, we are all Nigerians and this programme  is a clear indication  that when Nigerians  work together, we can achieve anything. What you are seeing here today clearly  shows  that our governor and indeed  the President feel same about this issue.”

The Secretary to the Rivers State Government noted that when issues concerning Nigeria are brought to  the  fore, everyone  must come together to stop the enslavement  of Nigerians.

“On behalf of the Rivers State Governor, His Excellency, Nyesom Ezenwo Wike, I will like to thank President Muhammadu  Buhari, the Minister of Foreign Affairs and his team who worked tirelessly  to make the return of our brothers and sisters home”.

Also speaking, Geoffrey Onyeama, Foreign Affairs Minister , said that there were stories of the exploitation  and suffering of the stranded Nigerians which compelled  the Federal Government to act decisively.

“We made  it clear to the Libyan Government that  we want to see all Nigerians there.We insisted that we should see all of them. Instead  of hearing  from them. We made it clear  that they (Libyans)   are signatories  to international conventions and we expected them  to have control of those who guard our children,” he said.

“They cooperated with  us.  It was because  of the respect for Mr President. There were people  who were making money from these children and did not want them to return home. We carried out a rigorious outreach to ensure  that we have everybody back.”

He said the programme  is an ongoing process that will continue  till all the stranded Nigerians return home.

“The  Libyan government has got the message that  as far as they are Nigerians, there is zero tolerance from this government for this type of molestation.”

All the returnees were profiled at the designated booths at the airport. 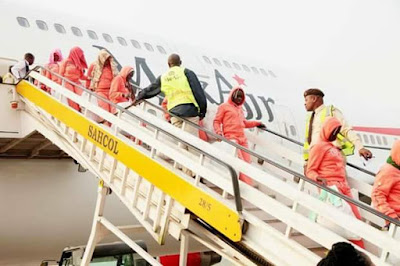 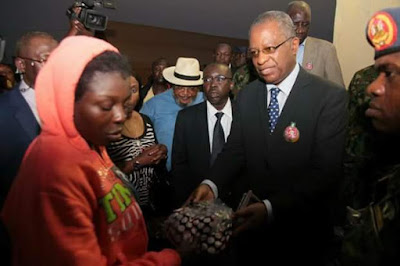 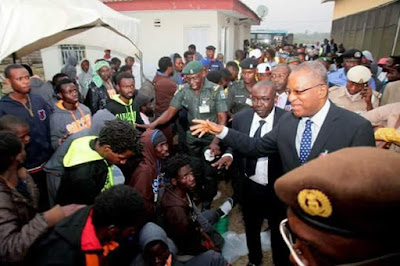 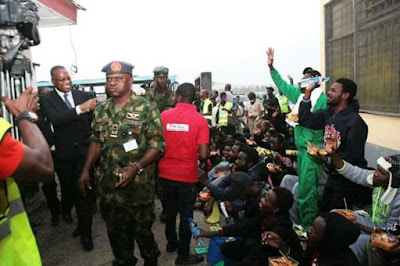 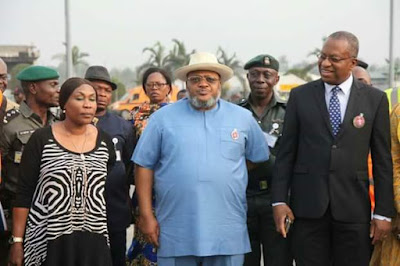 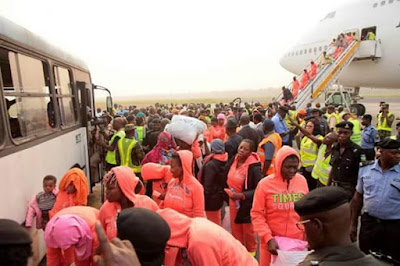