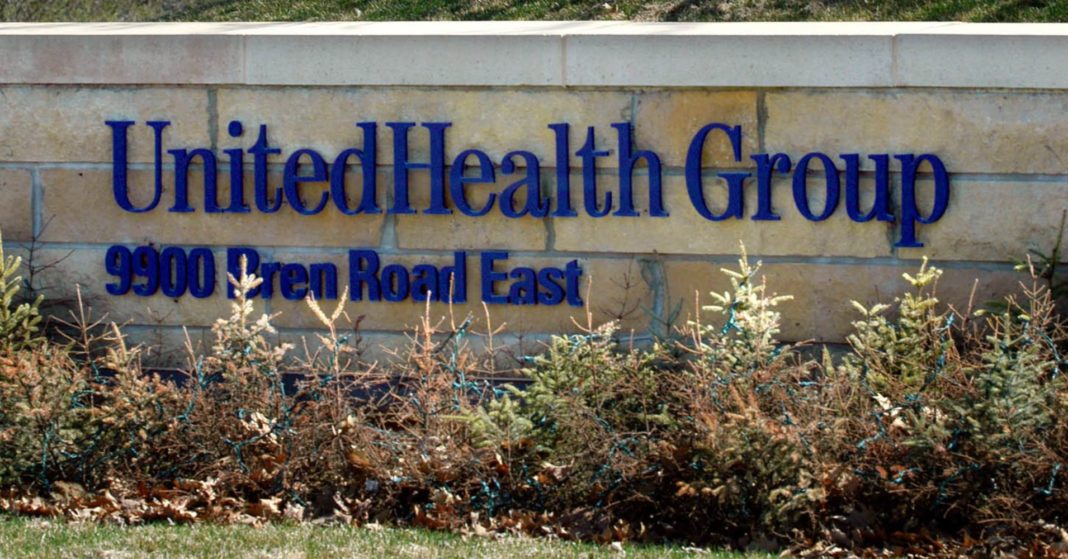 Health care giant UnitedHealth Group is suing one of its former executives for stealing trade secrets and taking them to a firm they consider a direct competitor — Amazon’s new health venture with Berkshire Hathaway and J.P. Morgan Chase.

United’s Optum unit is suing former information technology executive David Smith for breach of contract in Massachusetts District court. In the 18 months leading up to his resignation, Smith played a key role in reviewing Optum’s strategy, and was “on of fewer than 50 people at the company” who had access to Optum’s detailed profit and loss statements for the entire company.

The lawsuit, which was filed last week and first reported by Stat, maintains that Smith’s new position with the new venture “poses a direct threat to Optum’s trade secrets and other confidential information.”

According to the lawsuit, while Smith was interviewing for the new venture nicknamed ABC for the three firms’ initials, he attended strategy meetings at United and sought out confidential information from employees who did not directly work for his unit.

“On the same day that he talked with ABC, and just one minute before printing his resume, Smith printed an Optum document marked ‘Confidential’ that contains, among other things, Optum’s highly confidential information including an in-depth market analysis of the healthcare industry,” according the complaint, and that he continued to print confidential documents through his last days at the company.

Optum attorneys spent the last month in talks with counsel for the Amazon-Berkshire-JP Morgan venture to delay Smith’s start with the firm, and filed for an injunction last week after those efforts stalled.

Attorneys for Smith filed a response to the suit Tuesday, arguing that Smith is not working in a competitive role, adding “ABC offers no products or services to the general market, is not profit-seeking, and does not compete for any business with Optum. The crux of a non-compete restriction is actual competition. Here, there is none.”

They say that Smith had contacted the new venture’s CEO Atul Gawande via email last summer about working for the new venture, and began interviewing with the firm in October. When he was offered a position last month, he expected to finish out at Optum until the end of the year.

Smith’s attorneys maintain that the company is trying to paint him as a “bad actor,” but they say two days after he told his supervisors at Optum that he had accepted another offer, he was escorted from his office and “left all Optum property behind.”

Smith’s lawyers argue that the new ABC venture is not a direct competitor to the insurance and health services giant. They say the real reason Optum is suing their client, is because of its fear of Amazon, saying “Optum had mistakenly confused Amazon initiatives that are not strategies or initiatives of ABC, which is a completely separate entity, and had feared that those initiatives were competitive with Optum.”

In its lawsuit UnitedHealth clearly paints a potential threat from the new non-profit venture, at a time when large employers, government plans and consumers are looking for newer cost-cutting alternatives in health care.

The executive who interviewed Smith for the ABC job was chief operating officer Jack Stoddard, a former general manger for digital health for CNBC parent company Comcast and prior to that had served as an executive at Optum before it was acquired by UnitedHealth

A spokesperson for the still unnamed Amazon-Berkshire-Chase health venture declined to comment about the lawsuit.

A spokesperson for UnitedHealth said the firm would not comment on specific personnel matters, but added that company was committed to protecting its intellectual property.

“UnitedHealth Group is a leader in health care because our people have spent decades developing custom products and services … we are committed to protecting the hard work of our colleagues,” said Matthew Stearns.