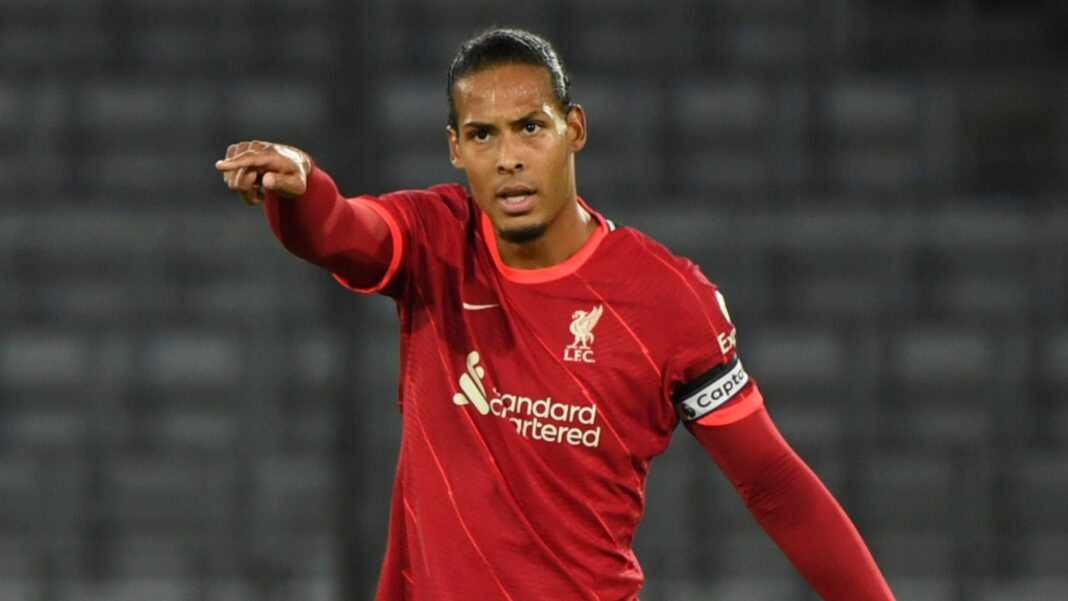 Chelsea legend, Jason Cundy has hit out at Liverpool defender Virgil van Dijk, saying the Dutchman should not be compared to John Terry and Rio Ferdinand.

Ferdinand and Terry are known as the two best defenders in Premier League history.

Van Dijk has been heavily criticized following a rocky start to the new campaign.

Under the Dutchman’s watch, the Reds have conceded 10 goals in seven matches in all competitions, including a 4-1 thrashing in the hands of Napoli on Wednesday.

Van Dijk’s display against Napoli was called into question again when he gave away a penalty in the first half that Victor Osimhen missed.

And Cundy believes that the drop-off from a player once tipped as the best in the world is ‘colossal’.
Also read: Zamfara: Police Sought Good Working Relationship With Military, Other Security Agencies

“He was lauded as one of the greatest center-halves that the Premier League has ever seen – poppycock,” Cundy said on talkSPORT.

“If you look at Rio Ferdinand and John Terry who over several years won multiple Premier Leagues, won Champions League and won FA Cups. The pair of them won the lot.

“Van Dijk is a brilliant center-half but overrated at Liverpool. If you did the best XI at Liverpool ever, he’s not in there.

“There’s no doubting how good Van Dijk was, but right now let’s call it as it is, Van Dijk is an absolute shadow of the player he was.

Also read: I Deliberately Wore Sneakers To The NBA Conference To Mock Them– Shettima Opens Up

“He’s getting overlooked because he’s happy to blame Trent [Alexander-Arnold] and Gomez and Tsimikas comes in. The mainstay right now is Van Dijk, and he’s nowhere near it.

“What about the challenge on Mitrovic for the penalty against Fulham? Mitrovic turns him, that’s not Van Dijk! He squares him up, turns him, penalty.

“Against Napoli, he lunges in and makes a challenge that he doesn’t have to make.

“I never saw John Terry make decisions like that or consistently have a bad run like this. Rio Ferdinand, I never saw it. The drop-off from him being the greatest center-half that the world has ever seen to now, the drop-off is a colossus.

“I want Liverpool fans to see it and say it.”