Tyler Posey Reveals He’s Recently Started Dating Someone: Here’s Who It Might Be 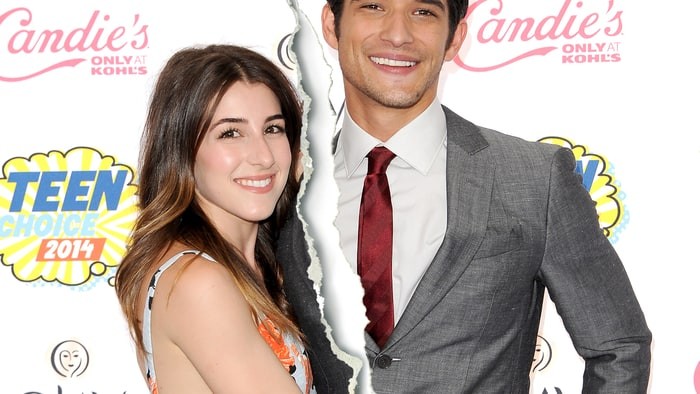 Sorry, ladies and gents…Tyler Posey is kinda off the market.

The 25-year-old actor chatted with E! News at the Variety Young Hollywood party last night and revealed he’s just recently started dating someone. “It’s fresh. It’s so fresh,” he said. “It’s not like a secret or anything. It’s just pretty new….[But] I’m happy.”

In fact, he couldn’t help but gush about the woman, who he said he met while working on a recent project together.

“I really admire her,” he smiled. “I think she’s extremely talented and a great person. I’m inspired by her a lot, and she intimidates me sometimes, which I’m not really used to. I’m nervous right now talking about it. She’s beautiful, really cool, has a lot of the same interests. I could go on about that, too.”

While Tyler didn’t mention anyone by name, just yesterday he was photographed wrapping his arms around actress Sophia Ali at Joan’s on Third restaurant in Studio City.

The two worked together on the upcoming film Truth or Dare alongside co-stars Lucy Hale, Violett Beane and Nolan Gerard Funk and, according to social media, have spent quite a bit of time together over the last few months, even after wrapping filming.

They’ve vacationed together several times this summer, taking lake trips with their group of friends, and when Sophia wasn’t at an outing, Tyler made sure she knew she was missed.

He shared this picture after Lucy’s birthday, drawing a stick figure of Sophia into the group.

Not to mention, Twitter has noticed Tyler liking some of the brunette beauty’s photos.

Needless to say, all signs point to Sophia, and if that’s the case, she’s certainly got him quite smitten.

Meanwhile, Posey has been single for quite some time after dating Bella Thorne for a few months last year. Before that, he was engaged to his longtime girlfriend Seana Gorlick. They called things off in October 2014.