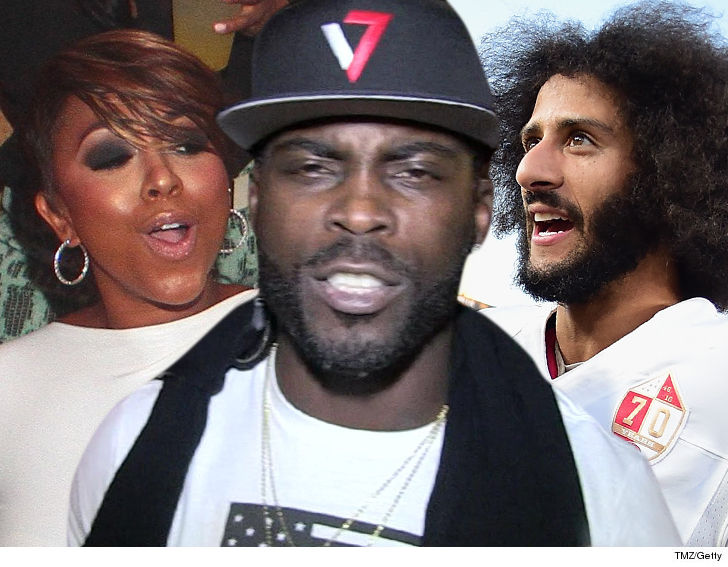 Mike Vick is officially on a sex time out — with his wife formally pulling booty privileges over his stupid comments about Colin Kaepernick‘s afro.

Kijafa Vick called out the QB on their reality show, “Baller Wives” — saying she was sick of getting attacked on social media over the bad advice Mike dished out last month on FS1.

“Why does he have to change his hair to get a job?” Kijafa asked.

Mike tried to explain himself … “I shouldn’t have said what I said. No one in any race should be stereotyped based on the way they look, dress, act — but that’s the reality of the world we live in.”

Kijafa says the drama surrounding the comments makes her “relive a part of our life that I want to put in the past” … a clear reference to the dog fighting scandal.

In the end, Vick apologized to his wife — but still, no booty.

“First thing we got to get Colin to do is cut his hair.” — @MikeVick advises Kaepernick on rebuilding his image pic.twitter.com/YENvUPOIgP