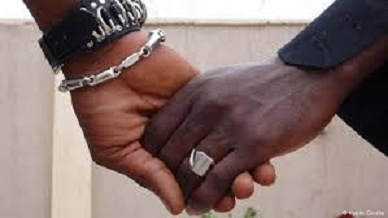 Two homosexuals in Lagos are facing a two-count charge of same-sex having sexual intercourse and fighting in the public‎.

The police prosecutor, Sgt. Anthonia Osayande, made the above allegation while addressing the court. She further stated that the accused with others still at large committed the offences at City Centre Hotel at Ijeshatedo in Surulere about 3.00.p.m. on June 1.

‎In spite of the confession, the accused both pleaded not guilty to the charges. The Chief Magistrate, Mrs Ipaye Nwachukwu, granted bail to the accused in the sum of N100,000 each with two sureties each in like sum. One of the sureties must be a blood relation and the other must be a cleric or community leader. She also asked the accused to their photographs to the court register.
The case was adjourned  until Aug. 3.
Share
Facebook
Twitter
WhatsApp
Pinterest
Linkedin
ReddIt
Email
Print
Tumblr
Telegram
Mix
VK
Digg
LINE
Viber
Naver
Previous articleBella Thorne explains her fling with Scott Disick and why she ended it
Next articleMercy Johnson Okojie & Juliet Ibrahim are giving us Asoebi Vibes in these Photos