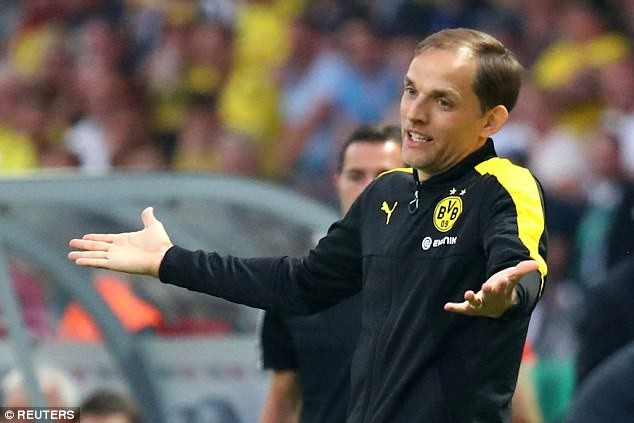 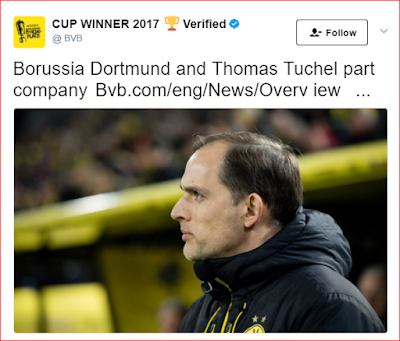 German Football club, Borussia Dortmund have sacked their cup-winning coach Thomas Tuchel.
The 43-year-old, who succeeded Jurgen Klopp at the club has only just led his team to win the German Cup last weekend, but his tenure has been cut short after reports of a strained relationship with the club’s board.
The official statement from the club reads;
We would like to thank Thomas Tuchel and his coaching staff for the sporting success they have brought to BVB, which reached a deserved climax last Saturday when the club beat Eintracht Frankfurt in the DFB Cup final in Berlin.
We wish Thomas Tuchel nothing but the best for his future professional endeavours.  As an employer, Borussia Dortmund will not comment in detail on the reasons behind the separation, which is the result of a longer process and is supported by all the club committees. For the good of all parties involved, we ask for understanding for our wish that no conclusions be drawn on the basis of rumours or without any background information.

BVB attaches great importance to the fact that the cause of the separation is by no means a disagreement between two persons. The well-being of the club Borussia Dortmund, which is much more than just sporting success, will always be more important than individuals and any differences that may exist between them.