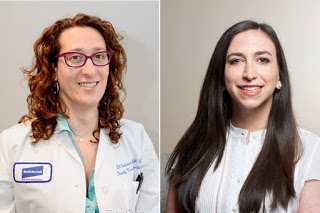 A transgender woman was able to breast-feed her baby in the the first recorded case of its kind.

After the 30 year old who was born male, informed doctors in New York that she wanted to breast-feed her pregnant partner’s baby, they put her on a regimen of drugs that included an anti-nausea medication licensed in Britain and Canada but banned in the United States.

According to the journal, Transgender Health, two weeks before the baby’s due date, she had increased her production to eight ounces of milk a day.

In the end, the study showed, “she was able to achieve sufficient breast milk volume to be the sole source of nourishment for her child for six weeks,”

The woman had been on hormone replacement therapy for six years, but had not gender reassignment surgery, when she approached doctors with the aim of breastfeeding the child.

Before the baby was born, doctors put her on a three-and-a-half-month course of treatment to help her artificially produce milk, usually given to women who have adopted babies or who have them via surrogates.

This included breast pumping, taking hormones produced by biological mothers, a drug which can stimulate milk production and a male hormone blocker.

As a result, the woman was able to produce a “modest but functional” amount of breast milk – some 8oz a day.

Researchers said this was the baby’s only source of nutrition for its first six weeks, during which time her growth, feeding and bowel habits were “developmentally appropriate”.

After this, the baby also started having formula milk because not enough breast milk was being produced.

The baby is now six months old and she continues to be breastfed as part of her diet, the study’s authors said.

Dr Channa Jayasena, a senior lecturer at Imperial College who specialises in reproductive endocrinology, said the research was an “exciting development”.

He said he had heard of a few cases in the UK of transgender women being helped to breastfeed, but until now no report has been published.

Dr Jayasena added: “What we really need to do is pool together these cases and share our knowledge, to find the best recipe for breastfeeding in these patients without exposing them to any health risks.”

The researchers said it was not clear whether all of the medications used in the woman’s treatment were necessary to achieve lactation.

They said further investigation was needed to determine the optimal treatment for transgender women wishing to breastfeed.