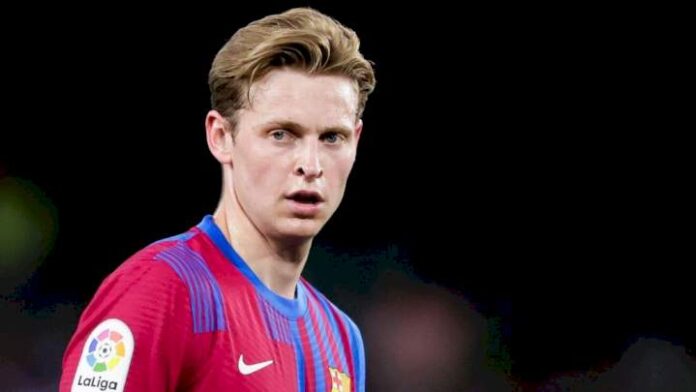 Barcelona has reaffirmed its desire to keep Frenkie de Jong at the club this summer.

The player has been heavily linked with a move to Manchester United, to the extent that a deal was agreed between the two clubs.

However, the Netherlands international has maintained that he does not want to leave Camp Nou this summer and is even willing to take a pay cut.

Due to their financial crisis, Barcelona boss, Xavi Hernandez had wanted the former Ajax star to move on, with Chelsea also interested in signing him.

De Jong wants to play for a club in the Champions League, giving Chelsea the advantage to bring him to Stamford Bridge, but Joan Laporta said the midfielder won’t be going anywhere.

“Frenkie is Barça player. We want him to stay, he wants to stay. We’ve received important bids for him, but he’s our player,” Laporta told reporters.

“You know the salary budget situation; so we will do our best to keep Frenkie at Barça… and I hope he’ll do the same,” he said.