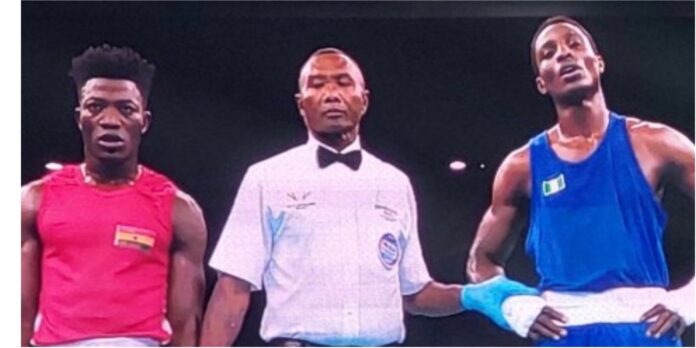 Team Nigeria’s Adeyinka Benson zoomed into the quarter-finals of the boxing event at the 2022 Commonwealth Games in Birmingham after outclassing Ghana’s Abubakari Quartey.

Benson edged out Quartey three points to two in the keenly-contested middleweight Round of 16 contest.

The Nigerian pugilist will now take on either Sam Hickey of Scotland or Kyghan Mortley from Saint Lucia in the quarter-finals.

It would be recalled that another Nigerian boxer, Abdul-Afeez Osoba secured a first-round knockout against Carl Hield, to advance into the round of 16 on Saturday.

Osoba will battle Welsh man, Garan Croft for a place in the quarter-finals.

Adijat Olarinoye’s won a gold medal in the weightlifting event on Saturday.