This was the final straw for Ariana Grande and Pete Davidson 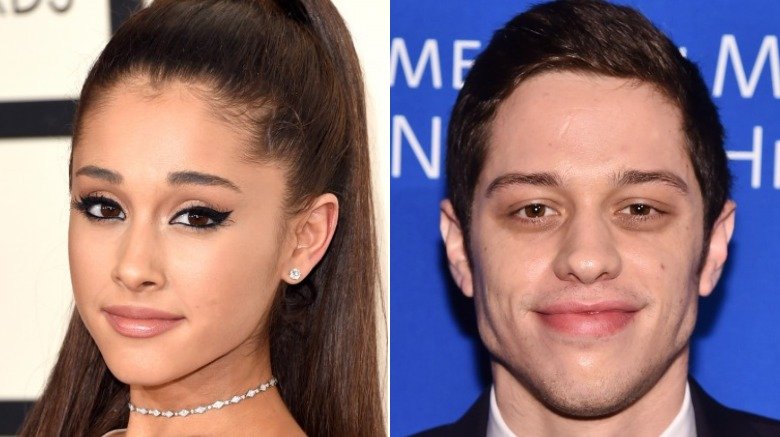 On Monday, Oct. 15, 2018, multiple media outlets reported that the untimely passing of Grande’s ex-boyfriend, the late rapper Mac Miller, played a major role in her decision to end her high-profile engagement to the comedian.

According to a source cited by The Sun, “Ariana dumped Pete. They’d been rowing for two weeks about Pete’s lack of support after Mac’s death.” The insider added, “Ariana has been devastated and Pete couldn’t handle it. She realized she needs a grown-up who can support her and that’s not him.”

The former couple apparently “secretly split a week ago,” the source went on to allege, before adding that the “No Tears Left to Cry” hitmaker had “already moved out of the apartment” while attempting to keep their breakup under wraps.

As Wowplus previously reported, news that Grande, 25, and Davidson, 24, had called it quits after five months of dating first broke on Sunday, Oct. 14. At the time, a source cited by TMZ claimed that the decision to end their whirlwind romance was mutual. According to the gossip rag’s insider, the love is reportedly still there between the two, but “things are over romantically.”

The former celeb pairing, who made their red carpet debut at the 2018 MTV Video Music Awards in late August, have dominated headlines ever since announcing their surprise engagement back in June 2018. At the time, they’d only been romantically linked for a few weeks.

Prior to this, both parties had just gotten out of previous long-term relationships. In mid-May, Davidson confirmed his breakup with longtime girlfriend Cazzie David, while Grande split from Mac Miller (real name Malcolm McCormick) after nearly two years together. While the pop star referred to Miller as one of her “best friends in the whole world” at the time, she later called their relationship “toxic” on social media. Hinting that his alleged drug use may have led to their breakup, she wrote, “I have cared for him and tried to support his sobriety & prayed for his balance for years (and always will of course).”

Miller tragically died of a suspected overdose in his San Fernando Valley, Calif. home on Sept. 7. He was just 26 years old. A number of fans and celebs took to social media to share their thoughts and express their condolences shortly after, including Grande, who broke her silence on the loss a week later with a heartfelt tribute on Instagram. “I adored you from the day i met you when i was nineteen and i always will,” she wrote, captioning a video of the “My Favorite Part” rapper. “I can’t believe you aren’t here anymore. i really can’t wrap my head around it.”

Grande continued, “We talked about this. so many times. i’m so mad, i’m so sad i don’t know what to do. you were my dearest friend. for so long. above anything else. i’m so sorry i couldn’t fix or take your pain away. i really wanted to. the kindest, sweetest soul with demons he never deserved. i hope you’re okay now. rest.”

In the wake of Miller’s death, Grande understandably decided to take some time away from the spotlight. Meanwhile, sources cited by TMZ on Monday echoed The Sun‘s latest report on her split from Davidson. Claiming that the “God is a Woman” singer was in “an incredibly dark place” following her ex’s passing, the insiders alleged that this is what “made her realize she was moving far too fast” and “couldn’t be fully invested” in her new relationship.

At the time of this writing, Grande, Davidson, and their reps have yet to publicly comment on their breakup. However, Grande has since taken to Twitter as she prepares for her upcoming performance on A Very Wicked Halloween, a televised concert special which will celebrate the hit Broadway musical Wicked‘s 15th anniversary on The Great White Way. It is set to air at 10 p.m. on Monday, Oct. 29, on NBC.

“Honored to be included in this celebration of 15 years of my favorite musical of all time,” Grande wrote to her followers on Monday, while giving fans an inside look at the rehearsal process with a snapshot of her script. Alongside a green heart emoji, she added, “Wouldn’t miss it for the whole universe #wicked15.”