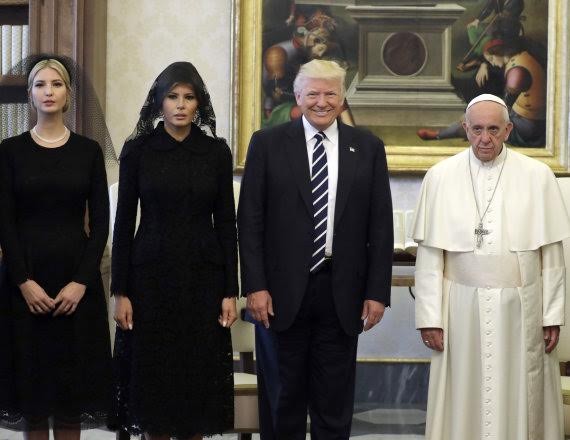 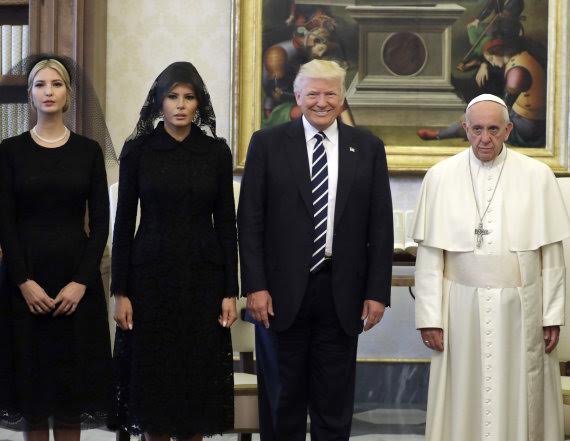 Today, US President Donald Trump met with Pope Francis at the Vatican in Rome where they shared a half-hour discussion and exchanged gifts.
Afterward, Trump, his wife, Melania and daughter, Ivanka with the Pope posed for photos. But the Holy father who is known to have a jovial personality when meeting people remained stern while Trump beamed at the cameras. After the photo emerged online, Twitter users reacted to it and one of them shared photos of Pope Francis with different heads of state during their visits at the Vatican. 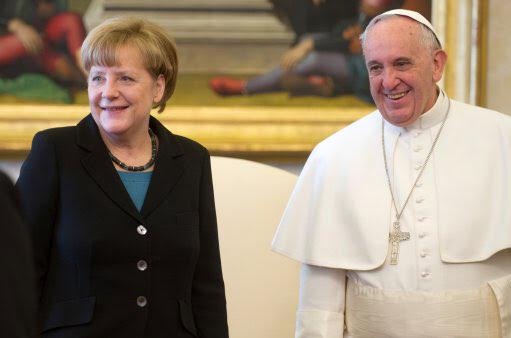 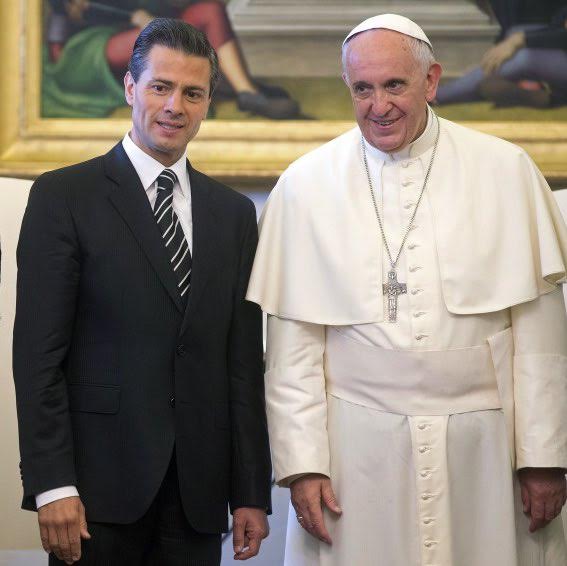 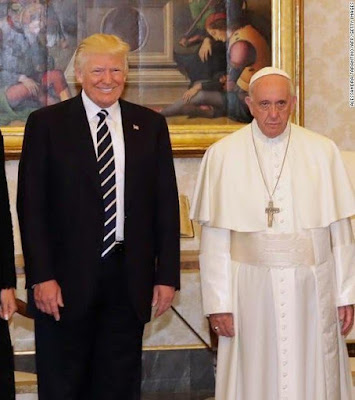 The Pope is not here for Donald Trump…lol