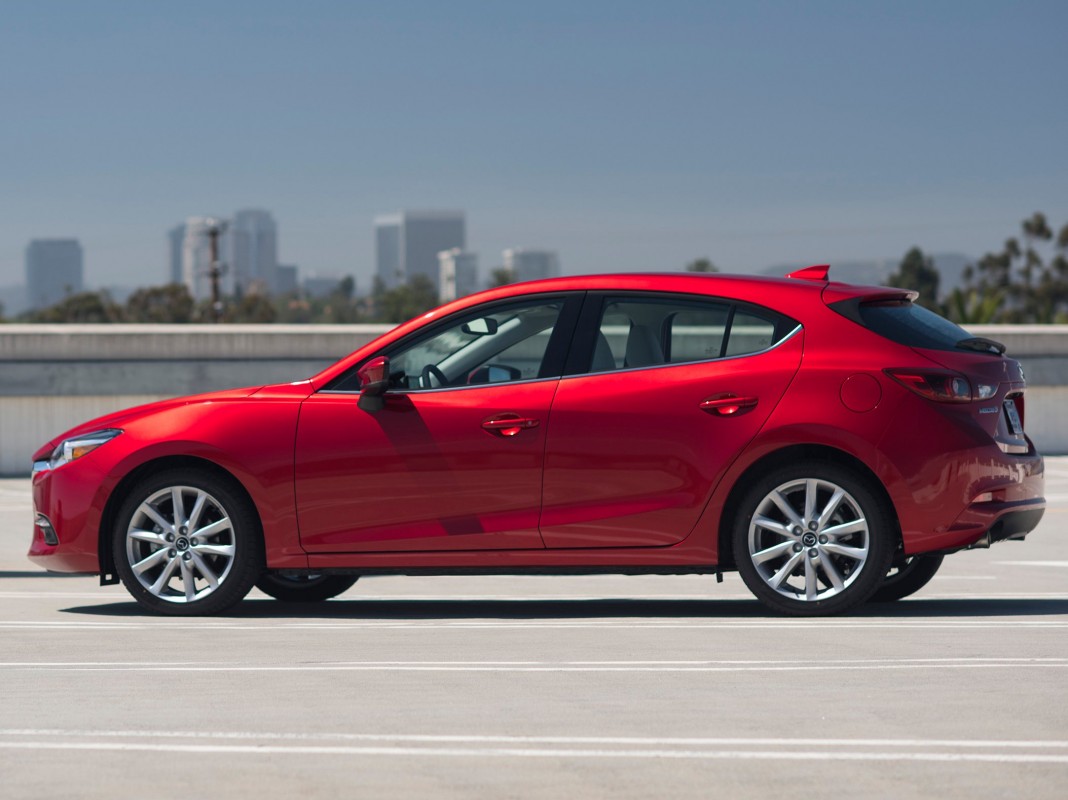 With the $35,000 Tesla Model 3 starting to roll of the assembly in California this month, some people are noticing its resemblance to other, cheaper vehicles.

First off, this shouldn’t be surprising. The Model 3 costs $10,000 (or more) above what you could shell out for a perfectly serviceable compact mass-market sedan. Most of the extra expense is in the all-electric Model 3’s large battery, which can deliver at least 200 miles of range, according to Tesla.

A 2017 Mazda 3, for example, shares some design elements with the Model 3, but it goes for less than $20,000 in its base version, which of course burns gas. (And once you get past the profile, the resemblance between the Mazda 3 and the Model 3 ends.) One might step back from this and say, “Wait a sec, why am I paying so much more for this allegedly groundbreaking car that looks like a lot of other cars?”

But that’s really the point. Tesla’s don’t look radically different from most other vehicles on the road. They might have some radical features, such as the featureless front end and the “falcon wing” doors on the Model X SUV. But generally speaking, Tesla and its head designer, Franz Von Holzhausen, went with a versatile, scalable, fairly minimalist approach with the vehicles. This was for two reasons. First, Tesla knew it wasn’t going to have model years and didn’t intend to update its designs on the same schedule are a big carmaker (every five to seven years). Second, Tesla didn’t want its cars to look like futuremobiles, a la the BMW i3. Especially with the Model 3, Tesla wanted to sell cars to people who were looking at the BMW 3 Series and the Audi A3, as well as Toyota Corollas. In fact, Tesla’s use of fastback rear design, eliminating the traditional truck, has been influential. Numerous small sedans now feature fastback silhouettes. The 2017 Mazda 3 is even even something of a crossover-fastback hybrid, with a sort of fastback-hatchback rear end; the 2016 model was shaped more like the Model 3.

For what it’s worth, this design provides good aerodynamics, which enhances electric-vehicle range, and creates better vertical rear cargo area than a trunk.

Tesla wouldn’t have succeeded as well as it has if it went too far toward the future with its designs. By aiming for the here and now, it’s done far better than it would have otherwise.