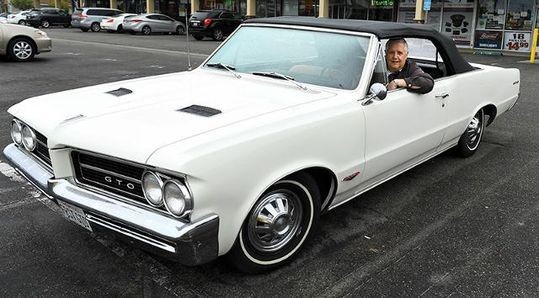 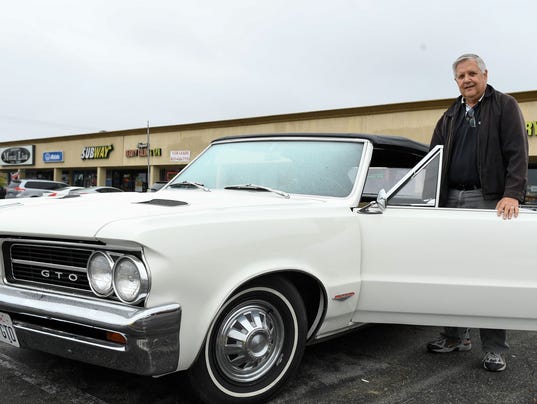 Greg Miles with the Pontiac GTO that his family bought in 1963(Photo: Robert Hanashiro, USA TODAY)

HUNTINGTON BEACH, Calif. — It can be hard to track down the first cars off the production line, but Greg Miles knows he has one of the very early Pontiac GTOs.

The Detroit native says his family bought a white GTO in November, 1963, just as he was about to turn 16. His dad traded in a 1960 Ford Galaxie for it. And the car has stayed in the family ever since.

Miles, who now lives in Fountain Valley, Calif., has tried to keep the car as original as possible. Even the spark plug wires are marked as having been made in April 1963. He also has all the original documents and sales paperwork.

As for his belief that the car was one of the originals, the timing sure would be right. The GTO made its debut as a 1964 model when a four-barrel 389-cubic-inch V-8 engine was tucked under the hood of a Pontiac Tempest, car-selling website Edmunds.com says in a history of the GTO. There were also other touches like a stiffer suspension and a seven-bladed fan to keep that big engine cool.

The GTO was the centerpiece of legendary General Motors executive John DeLorean’s effort to portray Pontiac as exciting and powerful. It would go on to be one a legendary muscle car.

As for Miles, who we encountered at a weekly car show in Huntington Beach recently, the car is a treasured member of the family. He rebuilt the power steering and the starter and gave it a fresh paint job, but otherwise has left it pretty much alone. It has 103,000 miles on the odometer.

Miles says the GTO will live on, passed down through future generations.