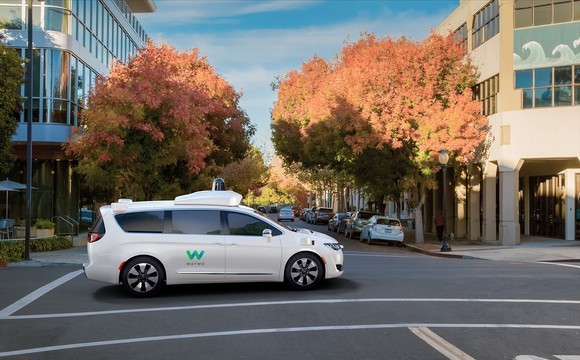 Autonomous vehicles, also known as self-driving cars, may sound futuristic and like a bit of cheesy ’50s-era science fiction, but the reality is that those cars are on the roads now. Waymo, the self-driving-car unit spun out of Google’s moonshot lab and owned by Alphabet Inc. (NASDAQ:GOOGL) (NASDAQ:GOOG), reported in May that it had completed over 3 million test miles on public roads. The company’s Early Rider Program is shuttling people about their daily lives and enlisting additional riders in the Phoenix metropolitan area.

Projections regarding the number of driverless cars in our future vary. A Business Insider report from last year indicates that there will be 10 million autonomous cars on the roads by 2020. IHS Automotive thinks there will only be 600,000 in the world by 2025, but looking further out it forecasts that the number will reach 21 million by 2035. Boston Consulting Group estimates that the 30 million vehicles will be sold per year, valuing the market at $77 billion.

Whatever the future market, there are dozens of companies developing cars and systems that can drive autonomously. And with that many players, it’s tough for investors to identify the top ways to capture the growing trend toward our driverless future. Here are three companies, each taking a different approach with these technological wonders — Alphabet, Inc., NVIDIA Corporation (NASDAQ:NVDA), and Baidu, Inc. (NASDAQ:BIDU). 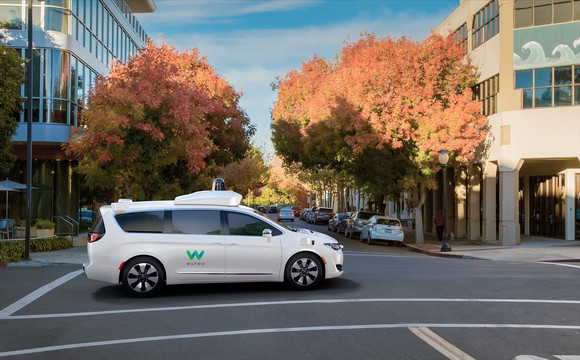 Alphabet’s Google division began work on self-driving systems way back in 2009 and has by far the most developed driverless-car program. Waymo, the company spun off to commercialize that technology, disclosed that it will not be manufacturing a car but the system that will pilot it. The company will not only provide the software but also manufacture the entire complement of hardware for it autonomous systems, which will include the vision system, the radar, and the light detection and ranging radar (LiDAR) systems. Waymo has been able to significantly reduce the cost of the system, reducing the cost of the LiDAR by 90%. LiDAR is the system that uses radar-like light pulses to detect other cars and pedestrians, as well as other obstructions.

Waymo has also recently announced several partnerships that will advance its driverless ambitions. The company has partnered with ride-hailing service Lyft in an effort to bring self-driving-car technology closer to mass adoption. Waymo is collaborating with Avis Budget Group to provide the support to maintain and clean its fleet of 600 autonomous vehicles participating in the early-rider program. The company is also working with Fiat Chrysler Automobiles, which provided the Chrysler Pacifica Hybrid minivans that make up the bulk of the early-rider fleet and are outfitted with both the hardware and software that make up the driverless system.

The multi-year head start, the millions of test miles, and the fleet of test cars already on the road put Waymo light years ahead of any competition in the field. 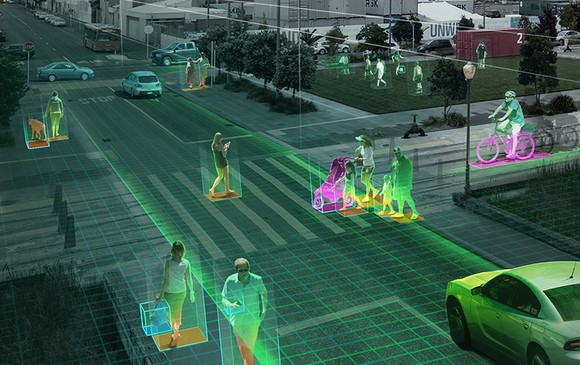 NVIDIA has taken a different path in its quest to dominate the self-driving-car market. The company is known primarily for the graphics processor units (GPUs) that render images for video games. Lately, though, its GPUs have become the product of choice for all things artificial intelligence (AI). The sheer number-crunching power of the GPU worked remarkably well for training nascent AI systems, the same systems that underlie much self-driving technology.

NVIDIA leveraged its advantage in the area and built customized platforms specifically designed for autonomous systems. NVIDIA’s DRIVE PX 2, the first in-car supercomputer, fuses data from the various cameras, radar, LiDAR, and ultrasonic sensors, and feeds the data into its AI system, which is designed to interpret the information and operate the vehicle.

The company has partnered with a veritable Who’s Who of automakers and top-tier parts suppliers that are using NVIDIA’s processors and AI technology to integrate into their own self-driving programs. By dispersing its technology across the widest cross-section of the market, NVIDIA is betting it will be the system of choice in the future. 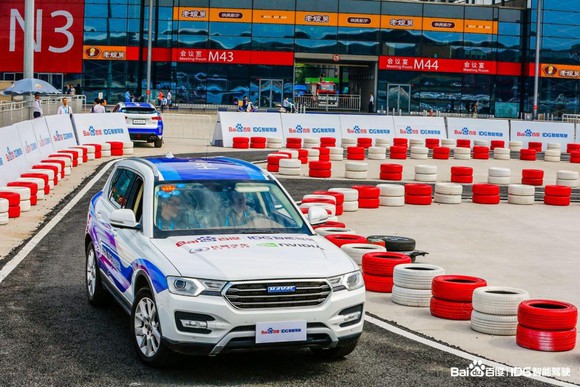 Baidu, the leader in online search in its native country, has been called the “Google of China,” and like its U.S. counterpart, it has been working on self-driving systems. The company is thought to have developed the most advanced system in its home country and surprised many with its recent move to open-source its autonomous-driving system, in what the company called Project Apollo. Baidu has since formed a broad alliance of more than 50 partners, from well-known automakers such as Ford Motor Company to tech giants such as Microsoft Corporation, to boost its efforts in the field.

The company’s chief operating officer, Qi Lu, had this to say:

It is in essence the “Android” of the autonomous driving industry, but more open and more powerful. Apollo is not solely Baidu’s. It belongs to everyone in the ecosystem. And as we and our partners contribute to the platform in our areas of specialty, we all gain more, with the results far greater than just our own.”

By taking the same path that Google took with its Android operating system, Baidu hopes to become the industry standard software platform that any automaker can deploy for their own self-driving program.