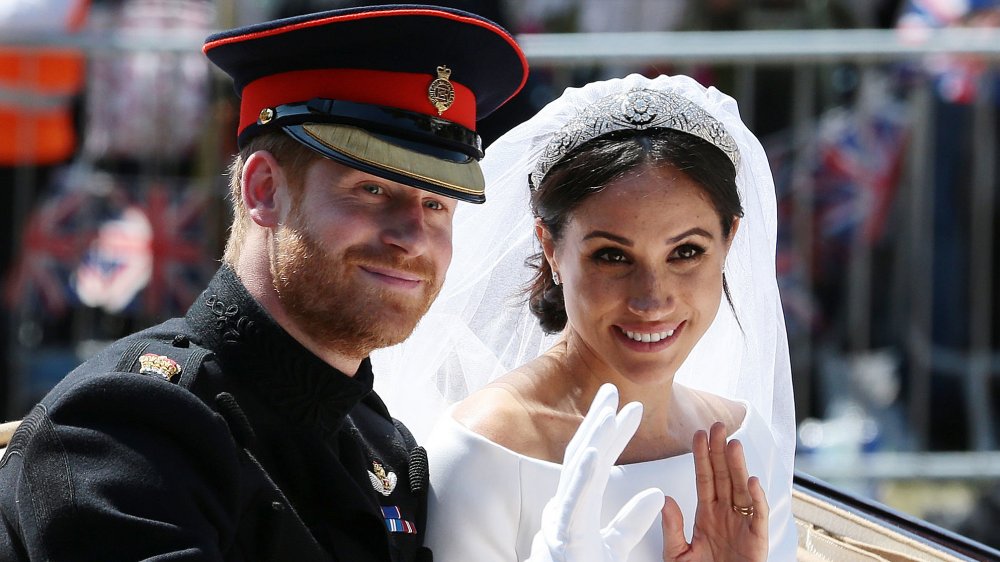 The real reason the royals don not sign prenups, The British royal family is estimated to be worth about $88 billion as a whole. The queen’s net worth alone sits somewhere around $500 million. Needless to say, the family’s pretty well off, so you would think the royals would want to do everything in their power to protect their riches from outsiders who could potentially just be marrying for the money.

As it turns out, even if a royal and their partner did sign a prenup, it wouldn’t really matter because the majority of the royal’s wealth and their residences don’t belong to them — they belong to the queen. That means that, hypothetically, if Megan Markle and Prince Harry ever decided to split, Markle would have no claim to any royal property. “You wouldn’t need a prenuptial agreement to stop Windsor Castle from being cut in half in the event they divorce, because it’s not Harry’s,” explained Duncan Larcombe, author of Prince Harry: The Inside Story (via Town & Country).

It’s also worth noting that, according to the Daily Mail, “prenups are not legally enforceable in the UK.” Prenuptial agreements are reportedly taken into consideration in court, according to Larcombe, but a royal divorce would primarily be handled outside of court, once again rendering a prenup irrelevant (via Town & Country).

All that aside, the royals have gotten pretty good at handling divorce settlements on their own over the last few decades…