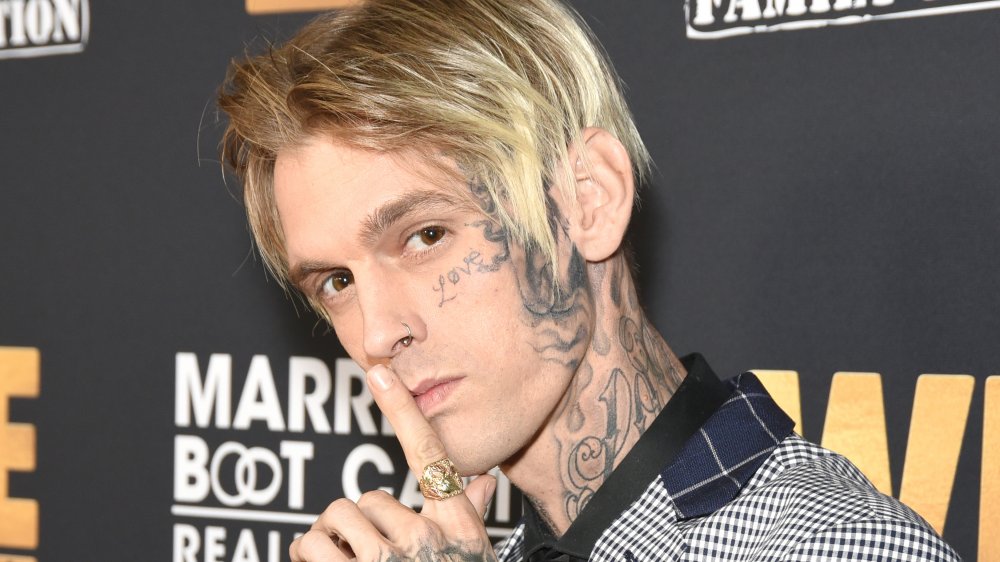 On Sept. 28, 2019, Aaron Carter took to Instagram to reveal some new ink. Much to the surprise of his fans, it was a major face tattoo of Medusa, per People. The tattoo covers one entire side of his face and was inspired by a 2013 GQ cover featuring Rihanna as Medusa, according to TMZ. Herchell Carrasco, the tattoo artist who inked Carter’s face, revealed other surprising information from the tattoo session.

Carrasco, known in the tattoo industry as RockRollG, told TMZ that he arrived at Carter’s house prepared to add more designs to the singer’s torso. However, once he arrived, Carter changed his mind and asked him to do his face. In fact, Carter asked him to do a large tattoo in the middle of his face, but Carrasco refused. Eventually, they agreed on Medusa on the side of his face.

Once the large drawing was complete, Carter reportedly kept going, asking for the word “Love” to be tattooed under his eye and a crescent moon on the other side of his face. He asked Carrasco to keep going, but the artist said he was done, telling the outlet “[Carter] wanted to keep going and I had to stop him. I couldn’t cover his whole face in a tattoo. I just couldn’t.”

With his multiple face tattoos, Carter joins the likes of Post Malone, Amber Rose, and Amanda Bynes — just to name a few celebs who love a little face ink.