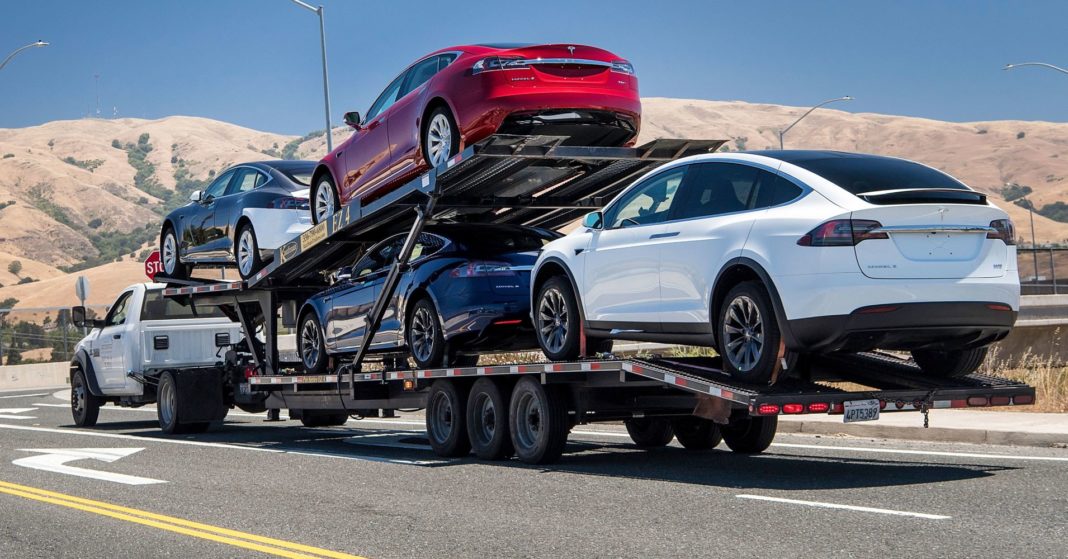 Tesla has produced 7,400 Model 3 midsize sedans as the quarter kicked off, according to a report in Electrek, citing unnamed people.

The total reflected production from the start of the quarter until early Friday, which would mean Tesla is approaching its goal of 5,000 cars per week. Notably, the rate comes despite a slow down in production at the start of the month, the report said.

Overall, the automaker has made 11,500 cars total since the quarter started through early Friday, Electrek said.

Tesla has struggled with production on the Model 3 in the past. It had originally aimed to make 5,000 cars a week at the end of 2017 but did not reach that goal until the end of the second quarter this year. However the company did deliver more vehicles in the third quarter than analysts expected. At the time, the automaker said production had stabilized.

(Correction: The media report was based on the first 11 days of production in October, and therefore Tesla is approaching its goal. An earlier version of this story misstated the period of time in the report, and concluded Tesla was falling short.)