Earnings could be what turns the tide for stocks 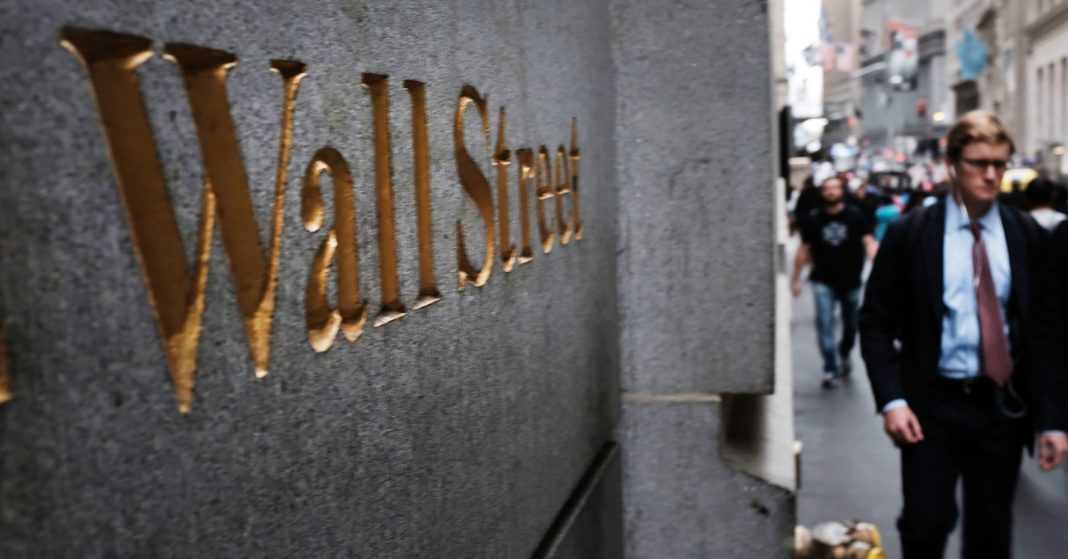 After the wildest market week in months, investors are looking to U.S. corporate earnings season to soothe frayed nerves in the coming week.

Stocks sold off sharply in the past week, and even with a bounce back on Friday, the S&P 500 was down 4.1 percent. A sudden jump in interest rates and worries about the impact of tariffs and trade disputes on earnings drove stocks lower, with some of the worst losses in growth stocks.

The S&P ended the week on a high note, up 1.4 percent on Friday but closing at 2,767, one point above its 200-day moving average. The moving average is a momentum measure, and it is widely watched, even beyond stock market chartists.

“The S&P 500 closed right on the 200-day. It’s just like a magnet. Everyone looks at these levels as super important, and that’s where it ended up,” said Art Hogan, chief market strategist at B. Riley FBR. “We enter next week on tenterhooks. There’s a whole lot of nervousness. … Sitting on support, rather than sitting on resistance, is always a better way to enter the earnings season.”

Companies reporting in the week ahead include Bank of America on Monday; Goldman Sachs, Morgan Stanley, Johnson and Johnson and IBM on Tuesday; Abbott Labs on Wednesday; American Express on Thursday and Procter and Gamble on Friday.

“This earnings reporting season is going to tell us whether or not corporate America is ready to say to the administration that trade is hurting us,” said Hogan. “The first $50 billion was hitting farmers, and this is going to hit the supply chain of corporate America. PPG said it, and Fastenal said it. There’s a credible possibility the biggest cause of the near-term jitters is fear of where guidance goes in the fourth quarter.”

Earnings are expected to be about 20 percent higher for the third quarter, and some strategists believe the earnings season could act as a positive catalyst. Others, however, are concerned companies will reveal that there’s more pressure on margins than expected.

“It’s always hard to say when the bottom is in, but from our perspective there really hasn’t been a substantial change in the fundamentals. Probably what is news is we did pick up a couple of signals from companies that are suggesting the tariffs that were put in place in late September may be beginning to have an impact. That’s a change from the other round of tariffs,” said David Lefkowitz, senior Americas equity strategist at UBS Global Wealth Management’s Chief Investment Office.

He said the sell-off was more of a growth scare and may have had a lot more to do with worries about tariffs than interest rates.

“There’s a higher-than-normal degree of uncertainty on that issue. Gauging the precise impact is a little difficult. I don’t think the market has incorporated that into its thinking,” said Lefkowitz.

Lefkowitz said while the earnings news this quarter could help boost stocks, there will be some minimal hit to profits next year from trade wars. “The scale of the negative impact is relatively small, and our numbers for 2019 are earnings would be trimmed by 2 to 3 percent,” he said. Currently, the consensus is 10 percent for earnings growth in 2019, but Lefkowitz expects single digits.

“If we do see a little bit of a normal decay in the earnings growth estimates, the market should be able to digest that,” he said. “We’re looking for 4 percent earnings growth next year because we’re including the 2 to 3 percent tariff impact in our numbers.”

Treasury yields also spooked the market in the first half of the week. The benchmark 10-year Treasury note yield touched a high of 3.26 percent Tuesday but was at 3.16 percent Friday afternoon. The shakeout in stocks sent buyers back into the bond market, driving yields lower.

In addition to earnings, the market will be watching retail sales Monday and the Fed minutes from its last meeting on Wednesday. Those minutes will be picked over, particularly after Powell’s recent hawkish comments about the Fed not yet being close to neutral triggered the runup in rates.

“The start of earnings season is probably equally important to the bond market this time. The bond market is going to be more sensitive to the earnings season. … It just saw how quickly equities can take a downdraft and that stopped rates from rising,” said George Goncalves, head of fixed income strategy at Nomura.

Fed speakers will also be key, particularly after Powell’s recent comments but also because investors will be listening for any reaction to criticism from President Donald Trump, who blamed the Fed’s rate hikes for the stock market sell-off. Fed governor Lael Brainard speaks Wednesday, and Fed Vice Chairman Randal Quarles speaks Thursday.