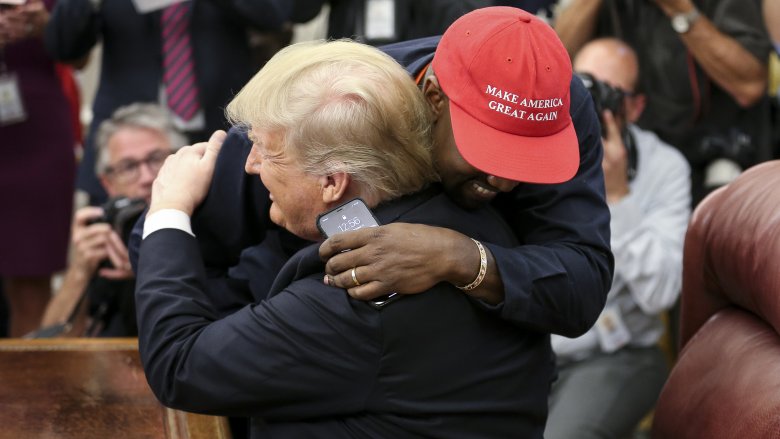 During a joint interview with Maryland gubernatorial candidate Ben Jealous for an upcoming episode of CNN’s The Van Jones Show, iconic stand-up comedian and actor Dave Chappelle had some things to say about Kanye West. Chappelle suggested the rapper is attempting to reclaim the “Make America Again” hat like he once did the Confederate flag. He also stressed that West should not be aligning himself with Donald Trump.

“First of all, you know, Kanye’s an artist, man, and he’s a genius,” Chappelle said. “Whatever he’s saying right now, I think that the angle he’s seeing things from is the division that he sees.” He added, “I’m not mad at Kanye, that’s my brother, I love him, I support him. But, you know, I don’t have to agree with everything that he says. I just trust him as a person of intent.” The star of The Chappelle Show then smiled and said, “But yeah, he shouldn’t say all that sh*t.”