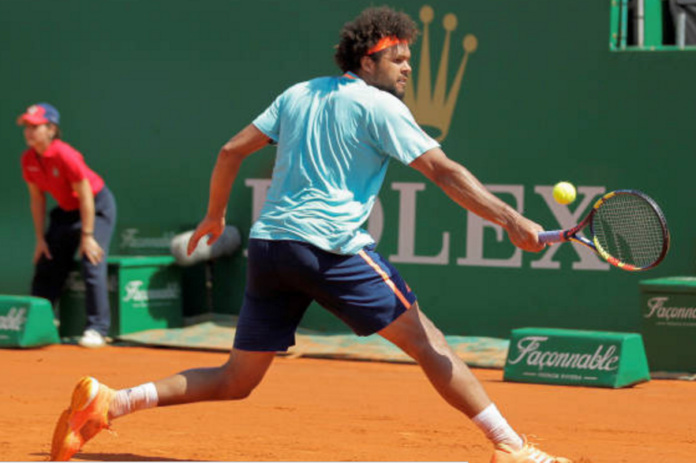 Jo-Wilfried Tsonga warmed up for the French Open by winning his first clay title in Lyon on Saturday, a 7-6 (7/2), 7-5 victory over Czech Thomas Berdych.

France’s Tsonga, seeded second, hit 13 aces to claim his third title after Marseille and Rotterdam — both on hard court — a record for him in a season.

The 32-year-old Tsonga will open his campaign at Roland Garros — where he twice reached the semi-finals — against Argentine Renzo Olivo, a first round casualty in Lyon.

“It’s fabulous, I couldn’t be happier,” said Tsonga.  “I had a great week after a difficult period on a physical level, picking up a shoulder injury while I was in fine form.

“It’s my first title on clay and even if it comes a little late I’m really happy.”

The 13th-ranked French player will move up to 11th in the world in Monday’s ATP rankings.

It was Tsonga’s fifth win over third-seeded Berdych in thirteen meetings and his second in three meetings on clay.

Berdych, ranked 14th and the holder of 13 ATP titles, missed the chance to convert two set points while he leads 5-4, 40-15 on his serve in the first set.