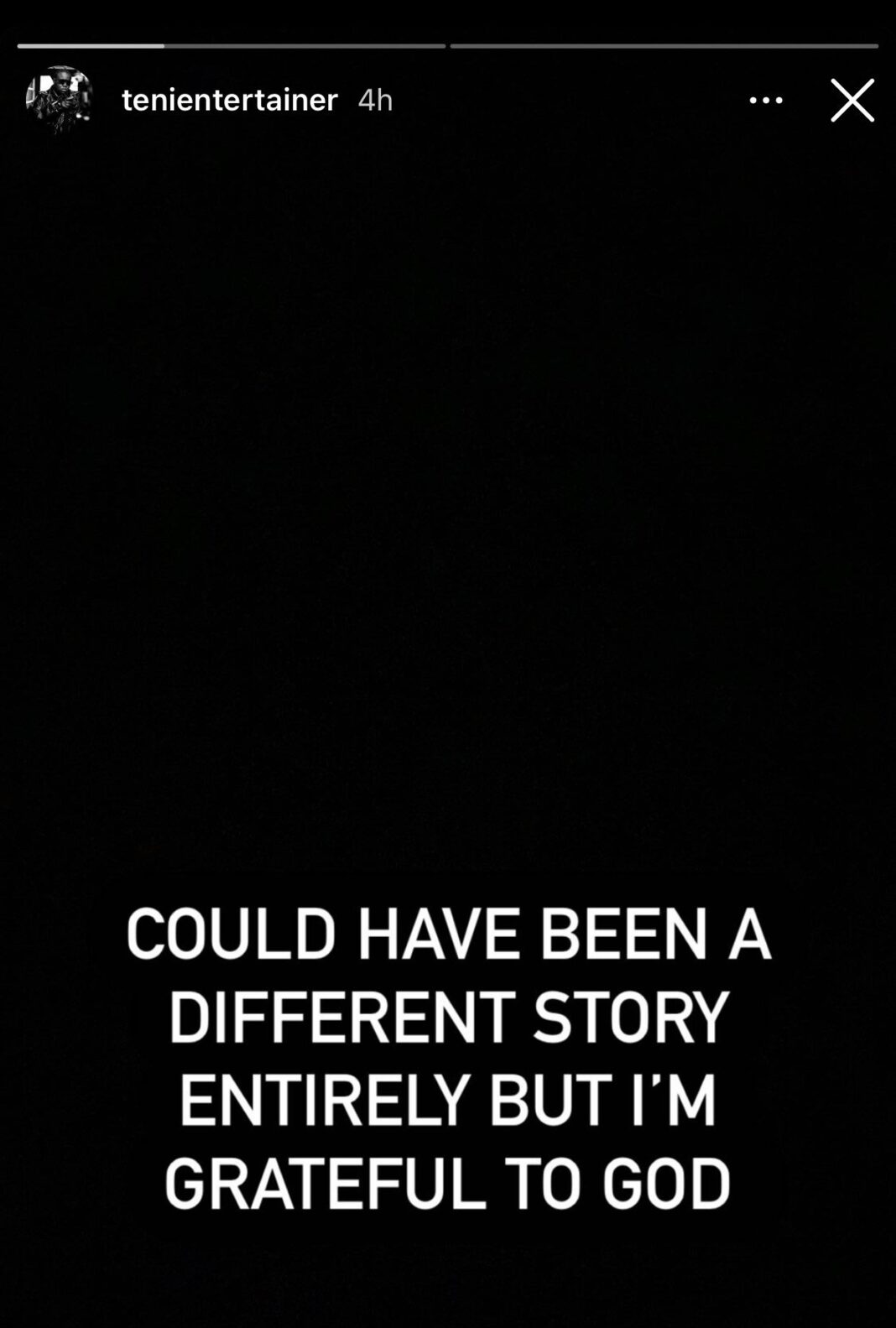 Wowplus had earlier reported that Teni while performing on stage during her concert in Portharcourt had to run for her life after shots were fired.

There were varying reports about the incident earlier in the day following the emergence of the video.

One eyewitness said there was an attempt to kidnap Teni but her bodyguards fired gunshots in the air to rescue her out of the venue.

Another report claimed that a fight had broken out in the crowd which got violent and gunshots were fired.

Teni, reacting, took to her Instagram page sharing a video of her running to catch a plane out of Rivers State.

She assured her fans that she’s safe and back home.

Alongside, she wrote: “Could have been a different story but I’m grateful to God

“I and my team are back home thank you for the calls and messages.”