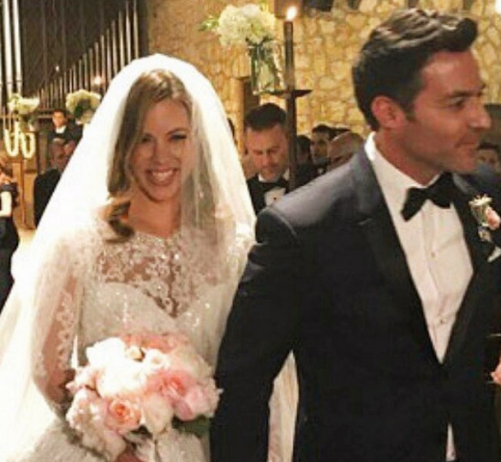 I’ve been following their amazing love story and I am truly happy for Ximena Duque. She was in a relationship with actor Carlos Ponce for 5 years who refused to propose marriage. She gave him an ultimatum, he didn’t bulge, then she ended their relationship and just a few months later, she met businessman Jay Adkins who proposed just 3 months later. They got married yesterday June 3rd. Read more about their story here

360 lipo is damn painful, I want my life back – Bobrisky writes after alleged plastic surgery

”Getting alerts, expensive bags and shoes”- Leke Adeboye lists some of the love languages of Nigerian women

“If you use King James version to define your faith, you’ll worship demons” Daddy Freeze says

Update: Man who slapped President Macron says he did it because of France’s ‘decline’

Update: I pray the terrorists that killed my daughter and driver will be brought to book – Uganda Minister, Gen. Wamala speaks out after...

Instagram Slay Queen, Teju Pretty confronted by businesswoman she was allegedly owing N1.055m for over a year

We are watching Nigeria slip into anarchy – Actress Rita Dominic