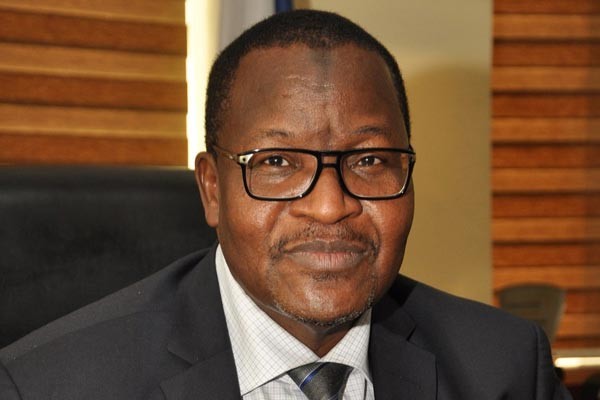 Speaking with newsmen in Lagos, the President of Tell, Nosa Igiebor, said Mr. Danbatta, a professor, was honoured for raising the bar from where he met the commission when he assumed office two years ago.

He said every EVC of NCC seemed to have been well chosen and each of them including the incumbent EVC had built on the legacy of the predecessor.

“That is why unlike the other public institutions; where a new executive comes in and tries to dismantle what he met on ground, every EVC of NCC that comes in and raises the bar from where he met it.

“And that is what Professor Danbatta has done with the Eight Point Agenda.

“In less than two years, Danbatta’s administration grew the country’s broadband penetration from 10 per cent to 21 per cent, as currently reported by the International Telecommunication Union (ITU).

“Under his administration, Quality of Service (QoS) is receiving a major attention,” he said.

Mr. Igiebor said the commission represented a public institution that worked and had been professionally run since inception.

He said the staff of NCC were very professional, hence the commission became a reference point for telecommunications regulation not only in Africa but globally.

According to him, many African countries are trying to do what Nigeria achieved in the telecommunications revolution always come to NCC for its templates.

“In the last two years, there has been exponential expansion of Nigerians’ access to broadband and internet penetration.

“NCC has not rested on its oars but has continued to expand the telecommunications space in Nigeria.

“And as we all know, the telecommunications sector is the most significant industry that contributes a lot to our economy today, and that is why we are very proud to identify with NCC and honour the EVC,” he said.

Mr. Danbatta, who dedicated the award to members of staff of NCC, said the honour was a positive testimony and verdict to what the commission was doing for Nigerians and the society.

He said the award was a call for the commission to work more.

“It is an encouragement, a massive pat on the back for NCC under my stewardship, to even do more to transform the sector, so that it can impact positively on the socio-economy of the nation.

“There are technical factors, which the commission can do something about.

“There are non-technical factors, which the commission has to engage government at the three levels, in order to contain these multitude of problems that are affecting quality of service.

“The situation at the moment is that we have noticed some improvement in the quality of service,” the EVC said.

He, however, said that the improvement was still far below the stipulated standard of the Key Performance Indicators (KPI) that had been deliberately put in place to ensure that quality of service improved.

“So we have tried to ensure that despite the improvement we have seen recently, we are putting in measures to ensure more improvements,” Danbatta said.

The Deputy Director, Consumer Affairs, NCC, Ephraim Nwokennaya said the honour was well deserved for the EVC, staff of NCC and the industry in general.

Mr. Nwokennaya said it was a call for more service to the consumers.

The Head of Internal Audit, NCC, Felicia Onwuegbuchulam, said it was one thing to achieve success and a different thing to sustain it.

Ms. Onwuegbuchulam said the members of staff were committed to taking the success to another level.