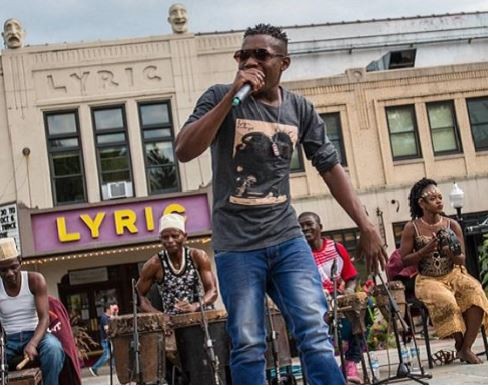 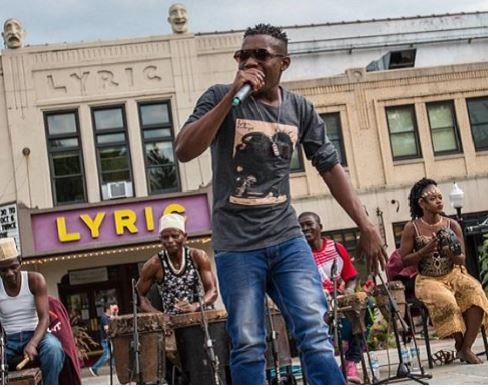 Jagwa Music lead singer, Jackson Aluta Kazimoto, popularly known as Dogo Jackie has died after he was involved in a road accident in Morogoro. He was 33 years old.

“Our lead singer Jackie Simela passed away yesterday from a car accident which happened in Morogoro region where he went to attend a funeral of his aunt. We have lost the best singer we have ever had. Stay in Power king,” the group wrote.

Kazimoto will be remembered by fans and fellow musicians for his wry sense of humour on stage and his musical playfulness. Many have paid tribute to the singer.  “Yesterday we learnt of the death of singer Jackie Simela who passed away in a car accident in Morogoro where he was attending his aunt’s funeral,” Nafasi Art Space director Rebecca Corey wrote on Facebook.  “It is so hard to believe he is gone. My heart goes out to his family, friends and bandmates, and everyone who loved his music. We have truly lost one of the greatest.”

Hailing from the capital Dar es Salaam, Jagwa Music became part of Tanzania’s music scene in 1992. The group went on to popularise the mchiriku musical style, a fusion of traditional drums, makeshift percussion and vintage Casio keyboards wired through megaphones and powered by car batteries.

The band’s lyrical content carries themes of HIV/AIDS and unemployment as well as drug and alcohol addiction. Jagwa Music’s lyrics have been used as slogans and appear on walls and public transport vehicles. The group has toured and performed at various festivals in East Africa, Europe and the US.