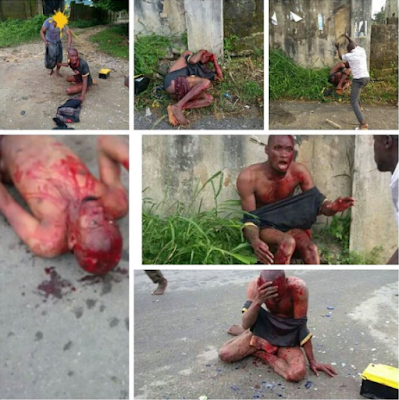 A suspected car battery thief escaped lynching on Tuesday, June 20th, 201, at Akai Efa area of Calabar, Cross River state. According to reports online, the man was caught trying to steal a car battery when an angry mob descended on him and beat him up with stick sand stones. They had also poured fuel on him were about to set him ablaze when the police arrived and whisked  him away.

The man was supposedly almost caught on Monday trying to steal the car battery just blocks away from where he was finally caught on Tuesday. 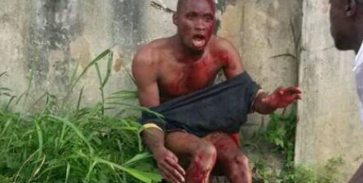 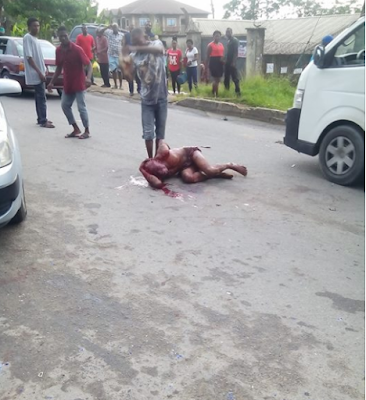 Share
Facebook
Twitter
WhatsApp
Pinterest
Linkedin
ReddIt
Email
Print
Tumblr
Telegram
Mix
VK
Digg
LINE
Viber
Naver
Previous articleBobrisky reveals he is getting a butt lift in US, says he has deposited half of the money for the surgery
Next articleMathematical Magician Shocks America’s Got Talent 2017 Audience | WATCH