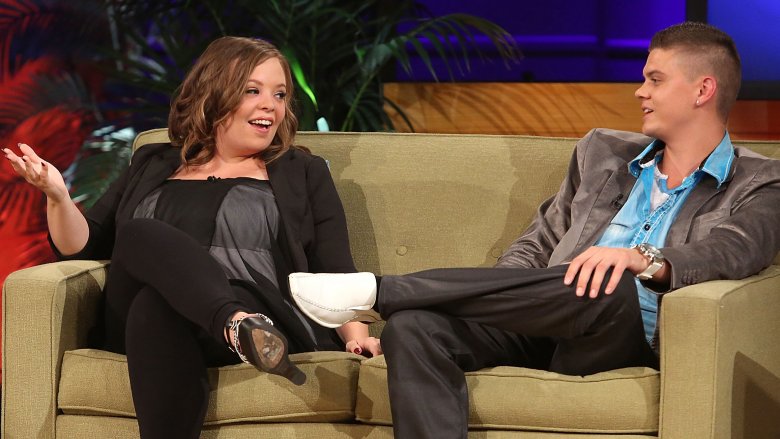 If you’ve followed Lowell’s story throughout the years, you probably already know that she’s struggled with self-esteem issues throughout her life. Sadly, Lowell’s problems reached a fever pitch shortly after she gave birth to her daughter, Nova, in January 2015. Lowell, who gained about 20 pounds within the first few months of her pregnancy, found it difficult to lose the weight — a battle that instilled a lot of self-doubt. Still, Lowell was pragmatic about her weight loss journey, and she knew dropping the pounds would take some time. Baltierra, however, thought Lowell should get fit ASAP.

During a conversation at lunch about Lowell potentially joining Weight Watchers, Baltierra interrupted to point out the supposedly large size of his wife’s quesadilla. When Lowell dismissed Baltierra’s concerns (let the girl enjoy her quesadilla, dude) he responded with a biting comment. “Obviously, I don’t want no heifer for a wife,” Baltierra told Lowell, according to an August 2016 sneak peek of Teen Mom OG. Unsurprisingly, Baltierra received a lot of flak for his bizarre and offensive remarks. Things got so bad, in fact, that Baltierra ultimately apologized. “Currently in therapy to work on my delivery of messages & opinions,” Baltierra tweeted in August 2016. “Yes I know I’m a prick but I admit it instead of defend it.” Well, at least Baltierra knows when he’s wrong.