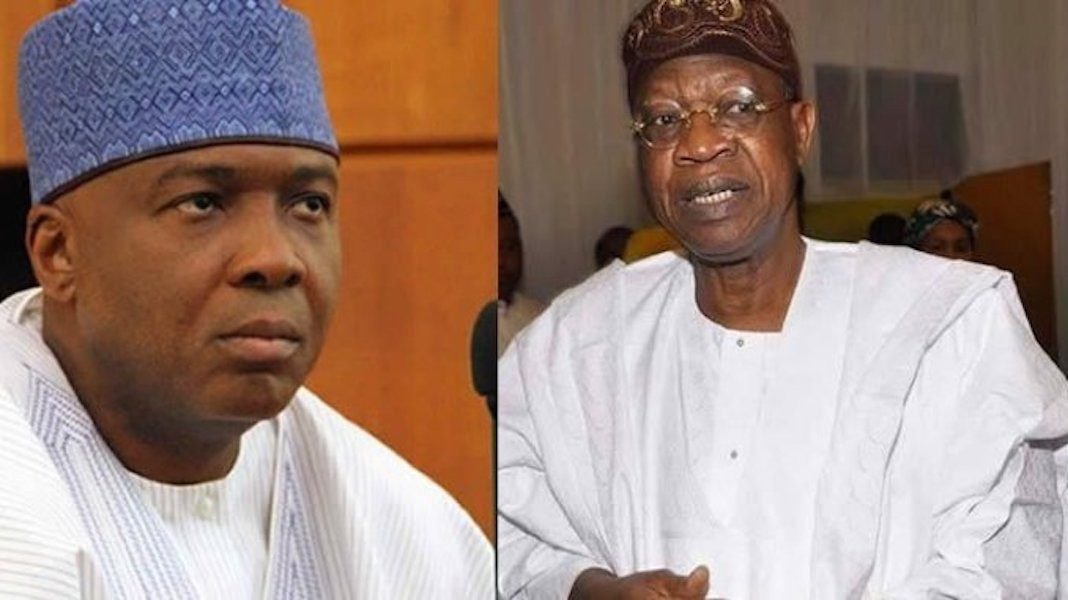 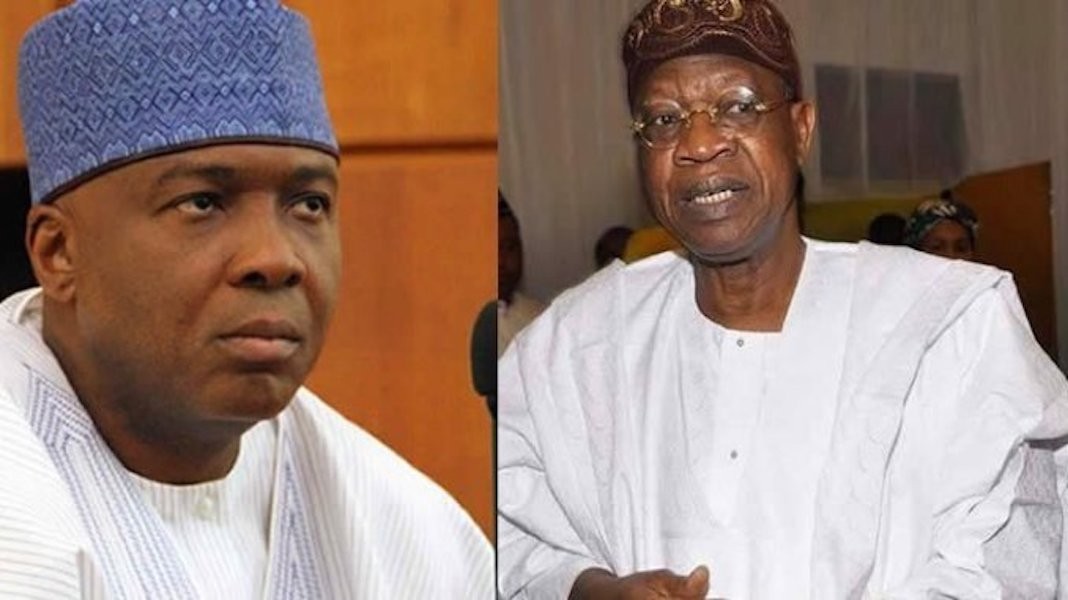 The Minister of Information and Culture, Lai Mohammed, has warned the Senate President, Dr. Bukola Saraki, to stop dancing on the graves of the innocent souls who died in the April 5, 2018 armed robbery attack in Offa.

In a statement issued in Lagos on Monday by his media aide, Segun Adeyemi, the Minister repeated his earlier warning against playing politics with the unfortunate incident, after Dr. Saraki said in a radio interview that he donated 10 million Naira when he visited Offa to commiserate with the people in the aftermath of the robbery, even when (he said) the amount that was stolen from the robbed banks’ vaults was 7 million Naira.

The Minister said the overly aggressive and crude response by Dr. Saraki to that warning has shown that he is not ready to heed the admonition, hence the need to re-state it, and to condemn any attempt to denominate human lives in Naira and Kobo.

Alhaji Mohammed said that in the wake of his warning, the apparently embarrassing radio interview was hurriedly edited to remove all references to the Offa robbery and then re-aired across Kwara state.

”Instead of stopping at that, which in itself constitutes an acceptance of wrong-doing, Dr. Saraki went ahead to hurl insults at me, even when I have been largely restrained in issuing my earlier warning. Had I not been restrained, I would have gone ahead to divulge what actually transpired.

”For example, the claim by Dr. Saraki that he donated 10 million Naira to care for the victims of the Offa robbery is patently false. He did not! The 10 million he referred to was donated when the Offa market got burnt, and it was made in Ilorin, not Offa. When Dr Saraki
visited Offa to commiserate with the community in the aftermath of the robbery, he did not donate a dime! I challenge him to prove me wrong.

”But with politics in the air, the truth becomes the first casualty. Realizing that he goofed, Dr. Bukola apparently caused the radio interview in question to be edited to remove the donation reference, and then re-aired. Is it not an irony that the people who engaged
in this egregious act of dishonesty are the same ones calling others names?” the Minister queried.

He said he will continue to steer the debate on the political developments in Kwara State to issues rather than exchange of personal insults, which he has always been averse to.

”The people of Kwara, who are bone-tired of the long years of ‘bolekaja’ governance in the state, are all saying in one voice, ‘O to ge’ (enough is enough), and will soon have the opportunity to express their frustration with their votes,” the Minister said.