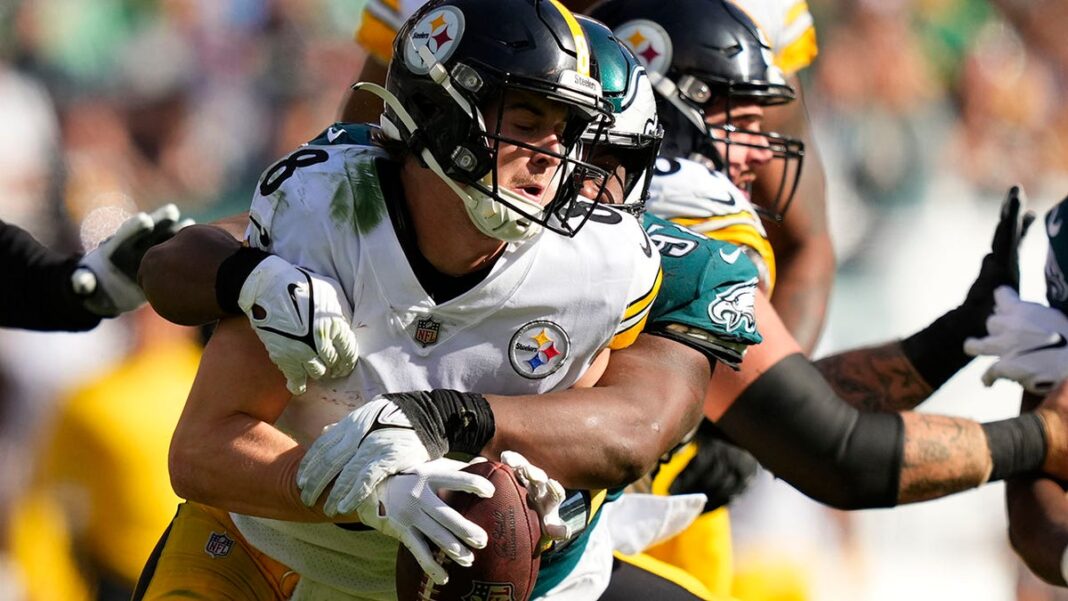 Pittsburgh Steelers rookie Kenny Pickett said after the team’s loss to the Philadelphia Eagles Sunday he and his teammates need to hit the books.

Pickett admitted to reporters the group as a whole needs to really study the playbook and turn the notes on the page into execution on the field. The Eagles defeated the Steelers 35-13 as Jalen Hurts threw four touchdown passes, three of them in the first half to A.J. Brown.

“Not detailed,” Pickett said of the offense, via ESPN. “Guys need to know what they’re doing. We need to study more. I don’t think we study enough as a group. There are way too many penalties and stuff like that which we can control. It’s all mental. So for that to happen, there’s really no excuse for that. We have to figure that out and get it right.”

Pickett has not really had any standout performances since taking the reins from Mitchell Trubisky. Against Philadelphia, he was 25-for-38 with 191 passing yards and an interception. His only win came in Week 6 against Tom Brady and the Tampa Bay Buccaneers.

“We got to know what we’re doing,” Pickett added. “Not getting in the right spot, not having procedural penalties, personnel in and out of the huddle, all things we can control.

“There’s no talent issues. … Anyone in here could go do that, as long as they know what they’re doing. We got to get right there. It starts with me. I got to be more on my stuff getting these guys right. And I’ll take ownership of it.”

Pittsburgh’s lone touchdown pass came from Chase Claypool in the first quarter, but things got out of hand from there. The Steelers only put field goals on the board.

Pittsburgh hits the bye week now 2-6 on the season. 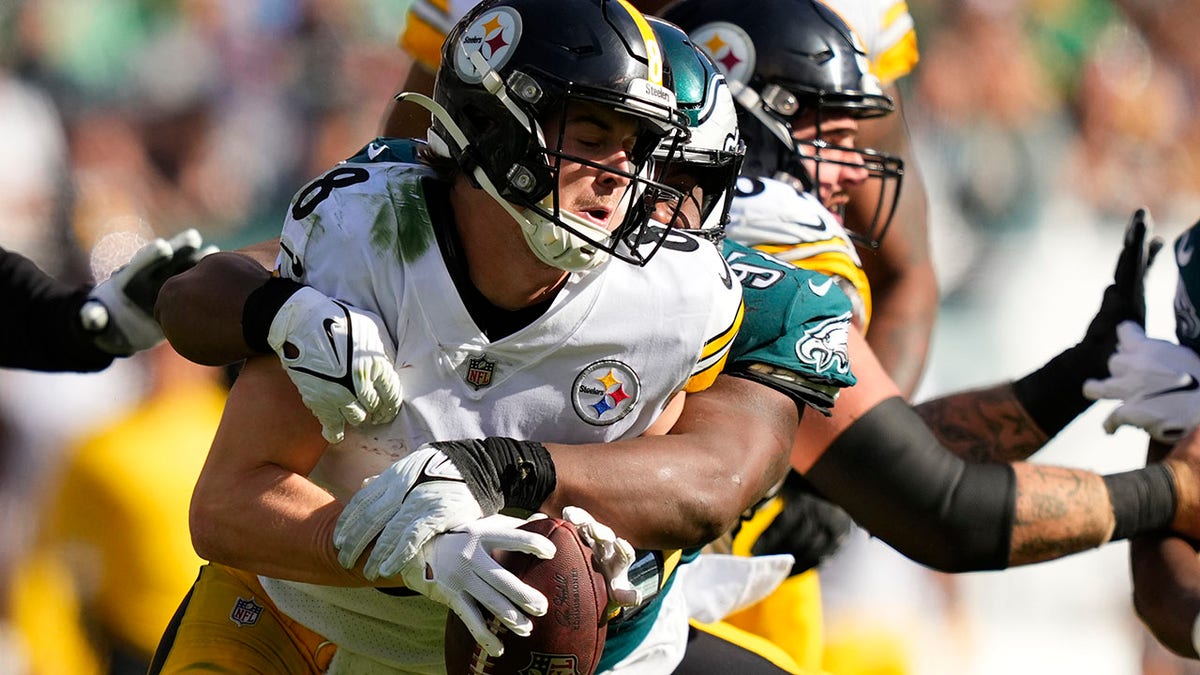