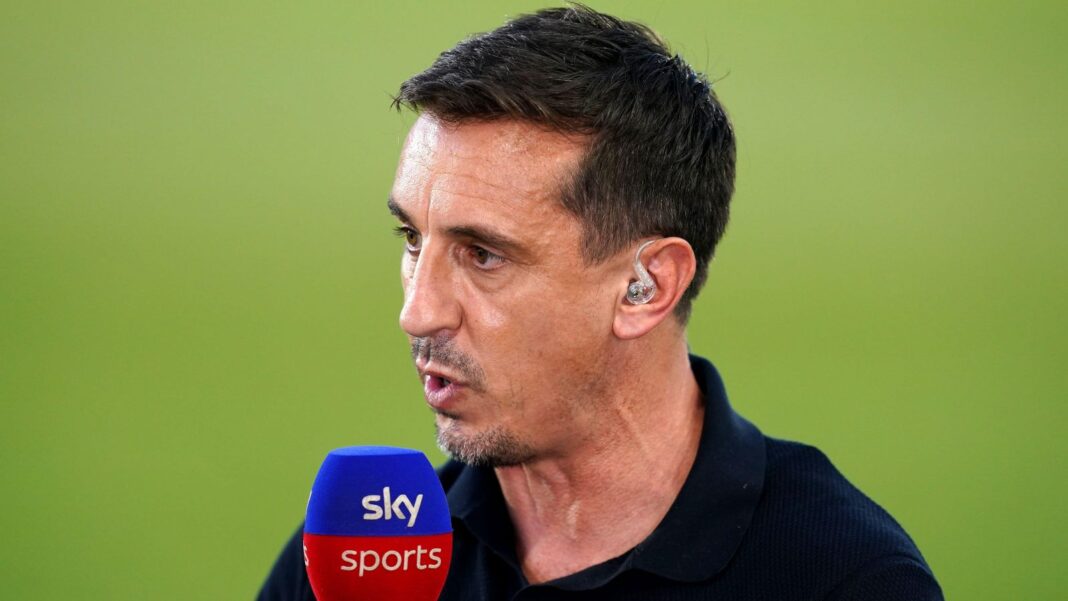 #Casemiro was one of the top performers on Sunday as Manchester United managed a 1-0 win over West Ham United.

The former Real Madrid midfielder joined Manchester United from Real Madrid last summer and has made a significant impact at Old Trafford.

Neville noted that it was such performances by Casemiro that saw the Brazilian clinch five Champions League trophies at Real Madrid.

“None of Eriksen, Casemiro, Fernandes are quick or what you would call true defensive midfielders, but you think of that midfield three he played in at Madrid with Kroos and Modric.

“Then look at him alongside Eriksen and Fernandes, Kroos and Modric are far better players, but there are similarities to what we are seeing here in the style.

“Those three ruled Europe for many years, playing in the biggest games and controlling them but there is something similar to what Casemiro is seeing here to what he saw at Real Madrid.

“The silkiness and smoothness that gives United a better platform. In the big games, City away they struggled a little bit but City come here two weeks after the restart and it will be really interesting to see if Ten Hag goes with that three. That will be the real test.”