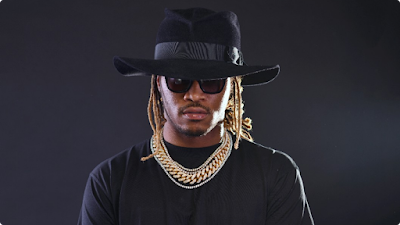 Some thot, who claims to be on tour with rapper Future is on social media bragging about sleeping with him in a bathroom. Below is what she wrote;

Future had a concert here in Buffalo, NY at the Darien Center. Anyway one of his crew members picked me out and I hung out backstage with the likes of Tory Lanez, the Migos and Zoey Dollas. Once the concert was over we headed back to his hotel on the tour bus. We smoked and drank a lot.
He has very good conversation. I wasn’t allowed in his room while he changed and went to the after party at this strip club called [NAME REDACTED]. Everything was cool.
Future took the stage, someone hopped on the stage. The Migos and everyone left kinda early bc the club didn’t have money or whatever.
Future asked me to meet him in the bathroom. He pulled his pants down, I pulled my skirt up and panties down and we had sex in the handicapped stall. He has a big zaddy zick. Like it’s huge. He came pretty fast. Like 5 minutes.
After that he invited me to the bus to ride with him to Pennsylvania for his next show. With him now. Will come back with more tea later.