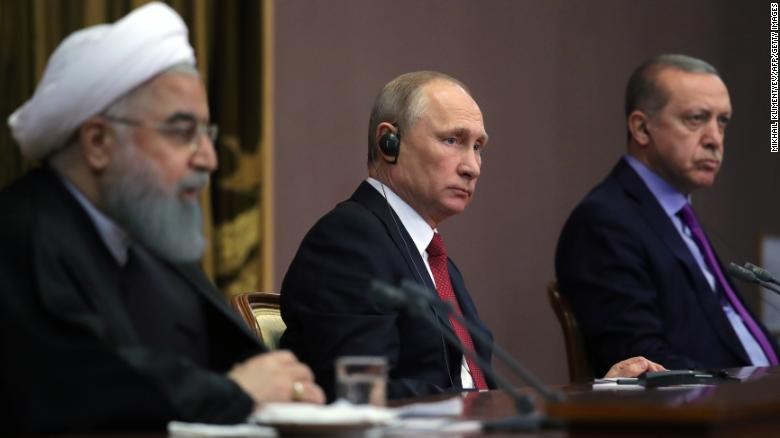 Despite the eagerness to declare it ebbing, Syria’s war is unlikely to get closer to its end simply because Vladimir Putin, Recip Tayyip Erdogan and Hassan Rouhani are meeting in Ankara this week.

Yes, these leaders represent the three largest foreign military forces operating now inside Syria, excluding the US, whose commander-in-chief said late last week that America would soon be letting “others” take care of Syria. But Russia, Turkey and Iran meet without the contribution of a reasonably important factor in this ghastly experiment in human cruelty: Syrians.
You can argue that the regime in Damascus will do what Tehran or Moscow tells it to. But the prospect of Russia, Turkey and Iran agreeing what a new status quo inside Syria should look like is a short-term stopgap at best, and one that overlooks the underlying and unresolved causes of the war. 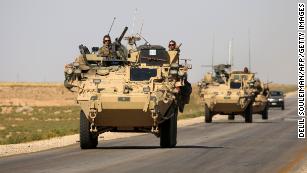 US military discussing sending more troops to Syria as Trump calls for withdrawal
The accepted premise of this trilateral solution is that Iran and Russia are content that the regime has full access to the coast and a clear channel all the way to the Iraqi capital Baghdad — through which Tehran can slowly harass Israel and dominate the region, and Moscow can retain an airbase on the Mediterranean.
Turkey is meant to be happy as its proxies control the area west of the Euphrates Rivers along to Idlib, and provide a space for Sunni militants to create their own communities into which millions of Syrian refugees currently in Turkey might return.
The unspoken annex to this is that the Americans retain adequate firepower and influence in the northeast for the area to remain a de facto Syria-Kurdish enclave for the years to come.

Yet already the short-term flaws to this solution are emerging. Ankara has its sights on harassing Manbij, just across to the west of the Euphrates, which is currently held by Syrian Kurds with American backing. And the regime is also eyeing the most populated area in the northwest, where Turkey has large influence: Idlib. It is to Idlib that the Syrian Sunni rebels of Ghouta, Aleppo and elsewhere have fled, along with tens of thousands of civilians.
These are just the short-term problems. The longer-term ones are even harder to solve.
Essentially, this supposed trilateral arrangement fails to deal with the underlying demographic and sectarian issues that began the war in the first place. 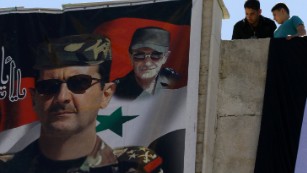 It’s decision time for the US in Syria
Syria’s Sunnis rose up against a predominantly Shia regime in 2012. These Sunnis still lack proper representation or a functional homeland. They are squeezed into a tiny pocket of the northwest, and outside Syria’s borders into Turkey and Jordan, with many in Lebanon too.
Keeping this disenfranchised, beleaguered and under-resourced population in the rubble, tents and rural flatlands of Idlib won’t reduce the influence of extremists in their midst — it will amplify it.
There are two things you can count on in the months ahead: that Russia and the regime will bombard Idlib and its thousands of civilians, and that the Sunni rebel militants who take shelter in it will respond as extremely as they can. Both sides will continue to do what they have done before.
Secondly, Syria’s Kurds, thanks to the near-defeat of ISIS in Syria, control an outsized chunk of the northeast now. Everything east of the Euphrates River was not exclusively Kurdish before ISIS and is not entirely so now, but the Syrian Democratic Forces are the unwavering authority there.
If the US leaves, as President Donald Trump has said is likely, then the Syrian Kurds will have to either forge a deal of coexistence with the Syrian regime or go it alone, potentially against both Turkish and regime forces. 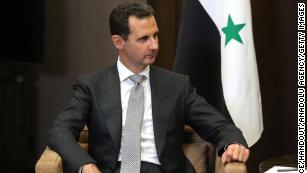 Assad may win Syria’s war, but he will preside over a broken country
Yes, the Iran- and Russia-backed Shia regime has solidified its control over the territory it wants, but the majority of the country — the Sunnis of Syria — has not settled the question of where they will live and who will rule them. That started this, and must be resolved if it is to end.
Finally, Syria’s three dominant forces — Turkish-backed rebels, US-backed Syrian Kurds and the regime supported by Iran and Russia — have backers with totally opposed agendas. Turkey wants to defeat the Kurds. The regime wants to defeat the rebels Turkey is backing, and keep the US out. And the US wants to defeat Iranian and regime ambitions in the region, while also keeping Russia in check.
Russia, Iran and Turkey can smile for the cameras in Ankara, but they still walk on Syria’s broken glass.
Share
Facebook
Twitter
WhatsApp
Pinterest
Linkedin
ReddIt
Email
Print
Tumblr
Telegram
Mix
VK
Digg
LINE
Viber
Naver
Previous articleCourt docs say, Mom deployed Taser on son to wake him up for church
Next articleTrump is not criminal target in his investigation, Mueller claims, report says