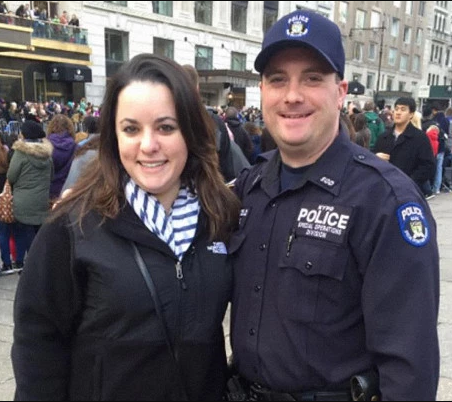 Two off-duty NYPD cops, one of whom was the groom on his wedding day, were killed Sunday night when their rented Maserati crashed, authorities said Monday.

Michael Colangelo, a 31-year-old officer with the NYPD who had just gotten married, and Detective John M. Martinez, 39, who was assigned to Brooklyn’s 84th Precinct, were killed in the crash in Ulster County, state police said. Both men, who lived on Long Island, were pronounced dead at the scene of the crash on Oliverea Road in the town of Shandaken.

A third person in the car, a 28-year-old man from Wantagh, LI, suffered non-life threatening injuries and was rushed to Albany Medical Center.

State police said Martinez, a married father of two from Hauppauge, was driving the 2018 Maserati on Oliverea Road when the high-end sports car “left the roadway and struck a large tree” before flipping over and coming to a rest on its roof about 11:23 p.m.

Colangelo, a resident of Huntington Station in Suffolk County, and his wife, Katherine, a registered nurse, had just had their wedding reception at the Full Moon Resort in the Catskills. The victims were less than a mile away from the reception at the time of the crash, an investigator with the state police said.

Colangelo and his wife were planning to honeymoon in Costa Rica before his shocking death.