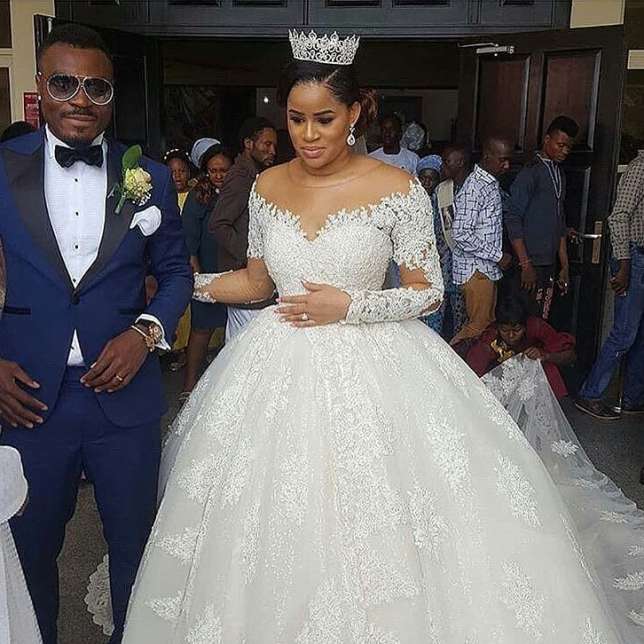 The couple wedded in a ceremony that was attended by some of his former Super Eagles teammates.

Former Super Eagles striker Emmanuel Emenike on Saturday, May 26 got married to his partner and Nigerian model Iheoma Nnadi.

Emenike and Iheoma who was the 2014 Most Beautiful Girl in Nigeria have been dating since May 2016 and got engaged in September 2016.

The couple wedded in a ceremony in Lekki, Lagos that was attended by some of his former Super Eagles teammates.

Emenike and Iheoma have wedded traditionally before but just had their white ceremony to round up their nuptials.

Daughter for the couple

The couple already have a daughter together, born in August 2017.

The Olympiakos striker who is now off that market was in the past linked with several Nollywood actresses including Ebube Nwagbo.