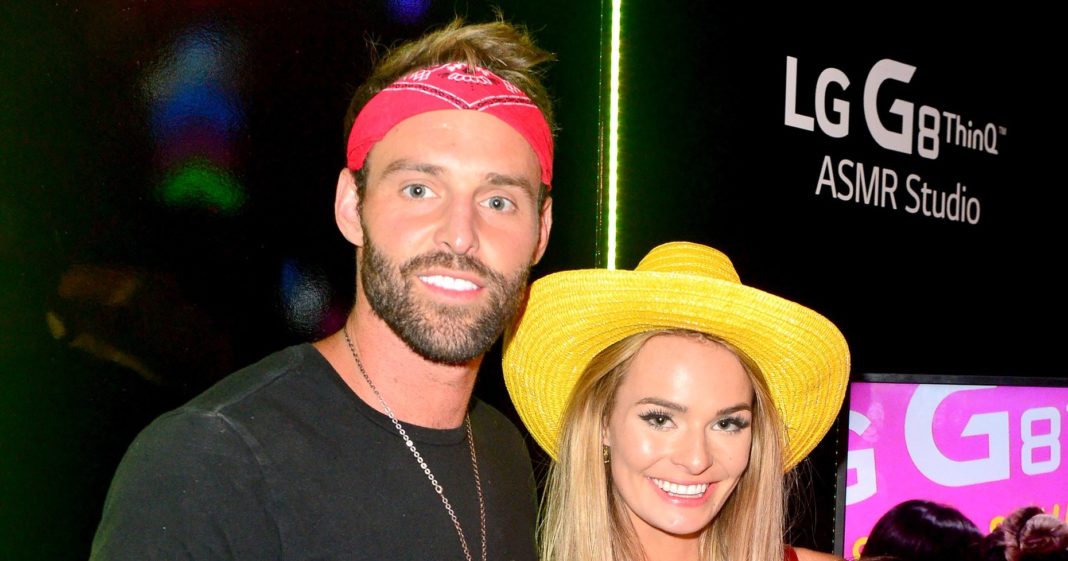 The Florida native shared a photo of herself smooching the former competitive swimmer, 30, in their beachwear on Instagram on Monday, May 13. She captioned the photo with a blue heart and a tropical fish emoji.

The reality star also shared snaps of herself and former Bachelor in Paradise star hanging out with pals —  including Porter’s Siesta Key costar Kelsey Owens — on Instagram Stories on Sunday, May 12.

“On the water with a couple of allstars today,” she captioned a snap of herself and Owens, 22, on personal watercrafts.

Porter followed it up with a video of the two women bumping their motorized boats together. “Until it allll [sic] went south,” she wrote.

Her new beau reposted several of her Stories on his Instagram page, as well as a group shot from their shared day at the beach. “When the sun shines, we’ll shine together,” he wrote.

The group also attended Stagecoach Festival — where Hayes narrowly missed a run-in with his ex and BiP costar Amanda Stanton — in April.

In addition to Stanton, from whom he split in  September 2017, Hayes has also been linked to Scheana Shay — the twosome’s date was aired on a January 14 episode of Vanderpump Rules.

Hayes denied buzz that he had ghosted Shay, 34, to Us Weekly last month. “It was really not, like, a ghosting thing,” he told Us. “We’re both stubborn — it’s just in our genes — and one wasn’t texting the other.”

Porter, meanwhile, discussed her breakup with longtime boyfriend Alex Kampos to Us on the “Watch With Us” podcast after finding two girls in his bed on the February 26 episode of the MTV hit.

“We’ve been on and off for a long time. … We went back and forth a lot; … it was a toxic relationship. We tried again until about a month ago. After that, I was like, ‘We just have to rip the Band-Aid off,’” she said.