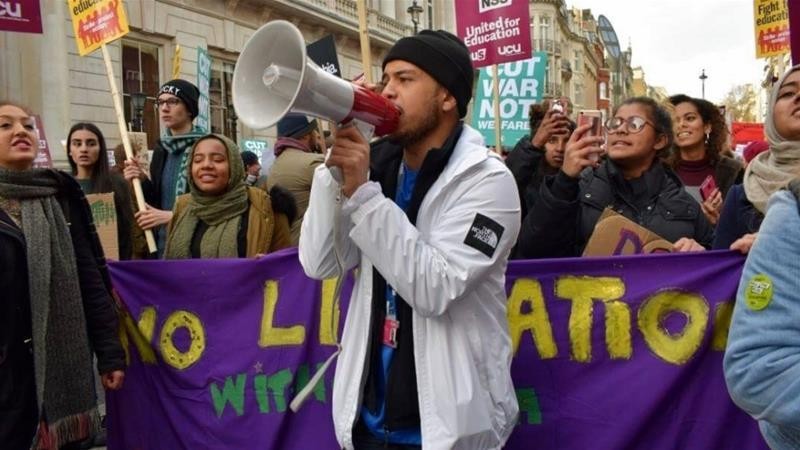 The Socio-Economic Rights and Accountability Project has dragged the Federal Government and the management of Queens College over the recent deaths three pupils in the schools.

SERAP, in a statement on Tuesday by its Deputy Director, Timothy Adewale, said it petitioned four UN special rapporteurs urging them to use their “good offices and mandates to urgently request the Nigerian government and the authorities at Queen’s College, Lagos to end continuing suffering of students, and ensure justice and effective remedies for the unnecessary loss of lives of three pupils of the school.”

In the petition dated 19 June 2017, and signed by SERAP deputy director Timothy Adewale, the organisation expressed “serious concern that alleged corruption by the leadership of the school has ruined the lives of several pupils, and squandered their potential for personal development. These girls have depended on the integrity of the authorities both at the Federal Ministry of Education and the school levels but have been badly let down by those entrusted with the power to provide them with access to quality education in a safe environment.”

According to SERAP, “the apparent failure to exercise due diligence and to fulfil the obligations to respect, protect, promote and fulfil the right of these girls to quality education is buttressed by the fact that the school management repeatedly ignored early warnings and complaints from students and parents, the failure to improve facilities and conditions in the school, and the alleged demand of illegal fees and bribes from parents by the school authorities.”

The petition copied to Mr Zeid Ra’ad Al Hussein, UN High Commissioner for Human Rights, read in part: “SERAP is concerned about the failure of the leadership of the Federal Ministry of Education to diligently, effectively and efficiently exercise its regulatory and oversight functions over Queen’s College and other unity schools across the country. Corruption seems a commonplace across different levels at Queen’s College.”

“The absence of accountability mechanisms within the Federal Ministry of Education is further illustrated by the failure to sanction the leadership of Queen’s College for apparently failing to prevent unnecessary loss of lives and to protect the girls’ right to education in a safe and protected environment.”

“Many of the girls have suffered devastating consequences of corruption, neglect and incompetence, leading to a disregard for their human rights. Yet, those suspected to be responsible for these serious human rights violations have continued to escape justice, thus benefiting from impunity.”

“SERAP believes that preventing and punishing the alleged corruption, mismanagement and failure of the Federal Ministry of Education and the school authorities to exercise due diligence to prevent the unnecessary loss of lives would help to remedy the situation, and to re-establish trust in the legitimacy and integrity of Queen’s College and other public schools.”

“Although international human rights law requires that the material conditions of teaching staff must be continuously improved, the reverse is the case at Queen’s College and several unity schools across the country, as the general working conditions of teachers have deteriorated sharply, reaching unacceptably low levels. Not only is this inconsistent with the government’s international obligations to establish minimum educational standards but it is also a failure of the responsibility to closely monitor educational institutions.”

“SERAP believes that Nigerian children have the right to safety in school establishments that are conducive to a positive learning environment.”

1. Put pressure on the Federal Government of Nigeria and the authorities at Queen’s College to urgently end the apparently deteriorating situation and living conditions of girls in the school and to strengthen the school’s reputation;

2. Ask the Federal Government of Nigeria to establish Code of Conduct for Queen’s College and other unity schools across the country, including on the proper professional conduct required of the schools’ authorities and their relationship with Parents Teachers Association and other bodies, and to specify the consequences of non-compliance as well as provide for timely remedial action;

3. Ask the Federal Government of Nigeria to audit Queen’s College and other unity schools across the country and to compel the schools’ authorities to embrace ‘integrity pledges’ between those schools and parent groups in order to incentivise anti-corruption practices and improve the schools’ reputation;

4. Ask the Federal Government of Nigeria to promptly, thoroughly, impartially and transparently investigate the circumstances surrounding the deaths of the three girls, and to bring anyone that is found to be responsible to justice as well as provide adequate compensation to the victims and their families, and publicly guarantee non-repetition;

5. Request to visit the country to assess the efforts by the Federal Ministry of Education and Queen’s College to implement these recommendations

“According to our information, three students of Queen’s College, Lagos–Vivian Osuinyi, Bithia Itulua and Praise Sodipo–died between February and March 2017 primarily due to systemic corruption and the failure of the authorities including the Federal Ministry of Education, and the leadership of the school to exercise due diligence to ensure the right to life of the students including by ensuring access to safe drinking water and sanitation.”

“The Cable Investigative Team found that school management ignored parents’ and old students’ early warnings on contaminated water and foods. No one has yet to be held to account for these alleged serious violations of human rights. According to the Investigative Team, the three girls died as a result of consumption of contaminated water and foods in the school. Many students also became seriously ill between January and March 2016, with several reporting different forms of infections. Many girls manifested signs of skin, vaginal and abdominal infections, and were stooling and vomiting.”