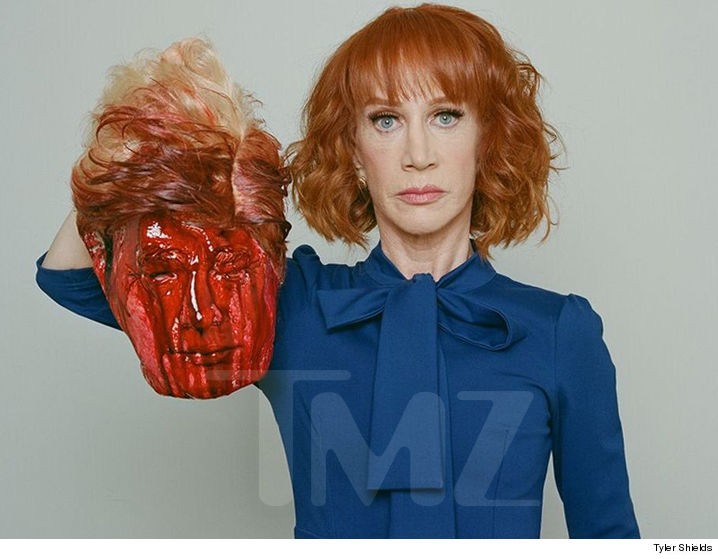 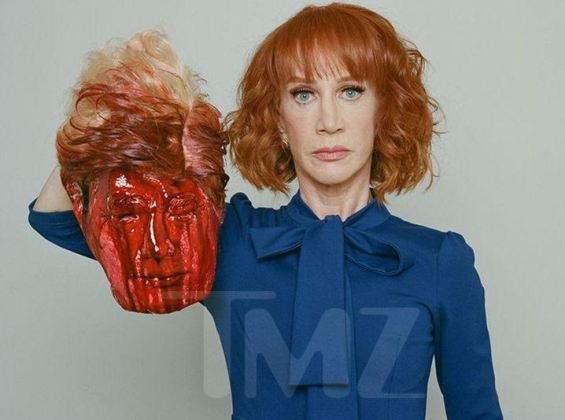 Kathy Griffin might have been joking when she posted a photo of what looked like Donald Trump’s bloody head but the Secret Service are taking it seriously and has launched an investigation into “the circumstances surrounding the photo shoot.”

The controversial photo which was shot by famed photographer Tyler Shields generated quite a lot of comments with a lot of celebrities against it and that includes those who oppose Donald Trump.

Following the backlash, Kathy apologized for the photo but Secret Service is not leaving it at that.

TMZ reports that the Secret Service does not jump to conclusions that provocative photos or writings are serious or in jest and will not automatically pass the photo off as art. They will carry out a routine investigation to conclude if the President of the U.S. is at risk. It is believed that agents will most likely attempt to interview Kathy and Tyler.